New Delhi: Seeking to build on its narrative of nationalism, just two weeks ahead of the Lok Sabha elections, the Bharatiya Janata Party (BJP) on Wednesday went on an overdrive and linked successful launch of an anti-satellite missile to the Narendra Modi government’s “determination” to enhance national security through bold decisions.

The announcement of the feat, in a televised address by the Prime Minister came a day before he — BJP’s main vote catcher in every election held since 2014 — embarks on his Lok Sabha campaign from Meerut in UP.

On Thursday, Modi will address rallies in Jammu and Rudrapur in Uttarakhand. Tapping into the patriotic fervour the same day, BJP President Amit Shah will address two rallies at Kaliabor and Jorhat in Assam.

Although, nationalism is going to be at the core of its campaign, the BJP most likely will play up some of its achievements and highlight various schemes announced by it over the past five years.

It will cite the surgical strikes, the Balakot air strikes and now the A-SAT launch to present Modi as a strong leader who can take a more muscular approach for national security.

Since the Balakot strikes, the BJP leaders have been highlighting the slogan “Modi Hai to Mumkin Hai” at their rallies. “The air strikes inside Pakistan had emerged as the dominant theme of popular discourse. But after the successful launch of A-SAT, national security and defence will be back as a major poll theme,” a senior BJP functionary told IANS.

It’s an indication that the BJP is set to link the nationalism discourse to its national security record. Finance Minister Arun Jaitley hinted at this in a conversation with the reporters after the PM’s announcement.

“It’s a milestone in his (Modi) vision of making India’s security doctrine advance. Not only our security has been strengthened, but we are also able to compel others to maintain peace in this region. It’s a monumental step forward as far as India is concerned,” he said.

“Nationalism has been the BJP’s core from the days of the Jan Sangh. It is that philosophy which is guiding the Prime Minister in taking the steps further. That he is a leader who thinks of tomorrow, not only in relation to economy and national security but also in terms of technology, shows his vision. It shows the country is in safe hands,” Jaitley said.

“The happenings at Pulwama and the retaliation at Balakot will surely be a big part of the Modi narrative in the elections. Nationalism is a big stroke. National pride is an even bigger stimulus,” a BJP leader had told IANS days after the air strikes.

The BJP seems convinced that it can capture the election narrative by relentless Pakistan bashing, and a weakened and divided Opposition has only aided to the process.

With several Opposition leaders demanding proof of the damage done by the Balakot strikes and now accusing Modi of stealing the credit for achievements of scientists, the Opposition is in danger of falling into a carefully laid trap of the Modi-Shah machine.

When rising unemployment and falling agriculture income figurea should be the key talking point for the Congress-led Opposition, far too many of their leaders seem to be spoiling for a fight over national security. 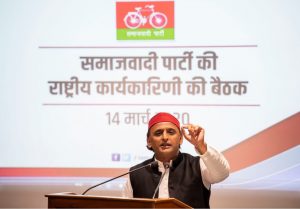 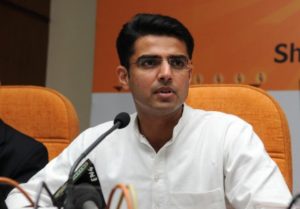