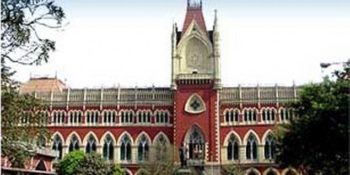 Kolkata:  In fresh relief for former Kolkata Police Commissioner Rajeev Kumar, the Calcutta High Court on Monday extended, by a week, his interim protection from arrest and coercive action with regard to a CBI notice, asking him to appear before it in connection with a multi-billion rupee ponzi scheme scam probe.

Justice Madhumati Mitra extended the interim protection, slated to expire on Monday, by a week or until further orders.

The judge also adjourned, till Tuesday, the hearing on a plea by Kumar seeking quashing of the Central Bureau of Investigation notice issued in May for his appearance before its officers in connection with the probe.

Earlier this month, Kumar’s counsel had accused the CBI before the high court of being selective in issuing summons to him in the case as the SIT had 121 officers who investigated the fraud perpetrated on lakhs of investors.

Kumar has been grilled by the CBI multiple times in Kolkata and Shillong under directions of the Supreme Court which asked him to cooperate with the probing agency.

Earlier, despite multiple summons from the CBI, Kumar had failed to appear before it.

The investigative agency had issued a lookout notice for Kumar in May directing all airports and immigration authorities to alert it if they spot him leaving the country.

Following this, Kumar moved the Calcutta High Court seeking quashing of the CBI notice against him.

The court granted him interim protection from coercive action, but asked him not to leave Kolkata and cooperate with the agency in the ongoing probe.

The CBI is seeking custodial interrogation of Kumar as it believes that certain documents seized by the state police’s SIT during the initial stages of investigation into the Saradha scam, were not handed over to them.