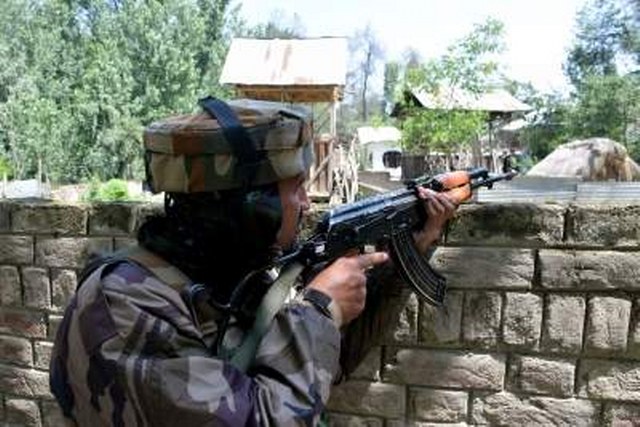 Srinagar:  Easily accessible from five other districts of the Kashmir Valley and with its “helpful” terrain, Pulwama became the epicentre of a new variant of home-grown militancy in the last five years where it was not only those on the fringes of the social and ideological mainstream that took up arms.

Be it Burhan Wani, the son of a government school headmaster, Zakir Musa, who abandoned his engineering studies in Chandigarh, and Riyaz Naikoo, a mathematics teacher, and many others, the profile of militants from Pulwama was different from the youth from deprived sections lured into militancy since its outbreak in 1989.

Senior officers of state and Central intelligence agencies believe that Pulwama became the victim of this strain of home-grown militancy in Kashmir in the last five years and became a challenge as the large number of all kinds of youth getting lured to militancy acted as a spur for similar activity in surrounding areas.

“We had counter-insurgency challenges in this district like elsewhere in the Valley since the beginning of militancy in 1989,” said a senior intelligence officer.

“One thing that remained common to Pulwama and any other district in the Valley during the early years of militancy till almost 2014 was that the youth lured by militant groups were drawn from economically and socially less-privileged sections of the society,” said the officer.

“We hardly had boys belonging to well-to-do families or even those who had degrees and good academic records.”

“2014 was perhaps the first year when the contours and concepts of militancy underwent a paradigm shift in Pulwama. Boys from well-to-do families and those showing some promise in their academic career started joining the militant ranks,” the officer said, naming at least three dozen such youth whose family background apparently showed no reason for them to join the militant ranks.

According to the officer, what was “more worrisome” was the fact that the majority of “these boys with respectable family background did not have very hardline or extreme fundamentalist religious views”.

“It was just the boy next door who wore jeans, trendy shoes and sports shirts. It was not a strait-laced ‘Jihad’ for them. They spoke ethnic, political and ideological causes to add to their numbers”, said the officer.

He cited the example of Burhan Wani, the Hizbul Mujahideen poster boy whose killing on July 8, 2016 unleashed immense public unrest that left 98 dead and nearly 4,000 others permanently or partially blind due to pellet injuries sustained in clashes with security forces.

Wani’s father is a headmaster of a state school in Tral town of Pulwama. Majority of boys in Wani’s group belonged to the district too.

Naikoo, who is currently seen as a successor of Burhan Wani, belongs to Awantipora area of the same district.

Zakir Rashid Bhat alias Zakir Musa also belonged to Burhan’s Tral town. The son of a state government engineer, whose steps he initially sought to follow, and with his brother an orthopaedic surgeon and sister Shaheena Rashid Bhat a bank officer, he hardly fit the profile of a ‘jihadi’ militant.

Hitting the newspaper headlines when he was declared as the head of Al Qaeda affiliate, Ansar Ghazwat-ul-Hind in July 2017, Musa, 24, was killed in a gunfight with the security forces last month.

Sameer Bhat alias Sameer Tiger of Drabgam, Tariq Pandit of Karimabad, Gulzar Bhat and Showkat Lone of Lelhar village, Kamran and Hilal Rather of Behgambagh in Kakapora area, Shabir Dar of Samboora village and over three dozen other prominent militants during the last five years also hailed from Pulwama district.

With dense forests in its neighbourhood, waste areas under orchards, village spread over through its length and breadth, while being accessible to Srinagar, Badgam, Shopian, Kulgam and Anantnag districts, Pulwama presented an ideal terrain for militants, said a senior officer who has done counter-insurgency duties in Pulwama and other south Kashmir district for four years.

“With lead roles taken by local youth, Pulwama naturally became a safe haven for foreign terrorists. They moved with the local militants, stayed at hideouts with them, carried out attacks against security forces and installations alongside them.

“For the foreign terrorists, Pulwama was a strategic and geographical haven. The terrorists could carry out grenade attacks, hit and run attacks, IED explosions in all the contiguous districts and withdraw back into ‘the safety of their Pulwama base’,”the officer said.

However, the tide is now turning, say security officials

“We have some foreign terrorists still operating with the local boys in this district, but the situation is no longer as conducive for the militants in Pulwama today as it was two years back.

“Our maximum counter-insurgency successes in the four south Kashmir districts have been in Pulwama. We have eliminated nearly 170 local and foreign terrorists in the district during the last three years,” he said.

Conceding that militants still could strike back, like in the February 14 attack on the CRPF convoy, officials, however, noted that all those involved in the attack had been killed.

“Yes, we have suffered damage. The worst has been the suicide car bombing of February 14 in which we lost 40 CRPF troopers. But almost all militants who planned, masterminded and helped the lone suicide bomber to carry out the attack have been eliminated.

“I agree that Pulwama has been a big challenge for us, but not anymore,” a senior police officer. 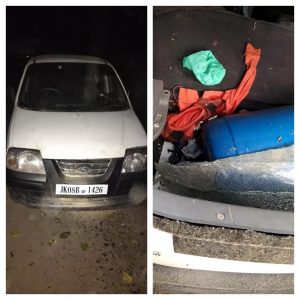 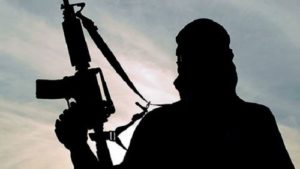