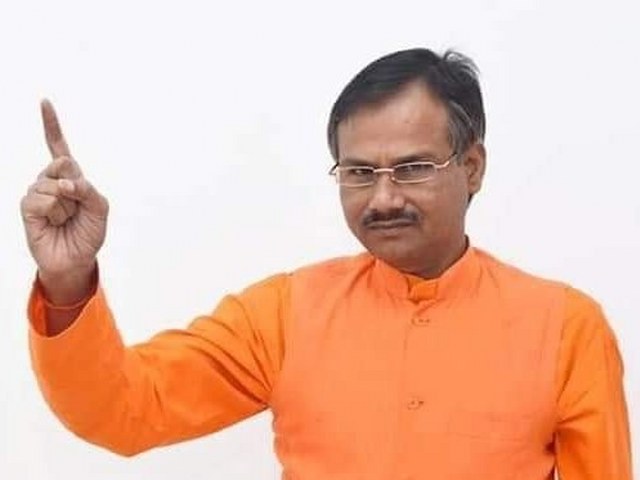 Ahmedabad/Lucknow: The plan to execute former Hindu Mahasabha President Kamlesh Tiwari was made about two months ago by the detained accused over the hate speech given by him, officials said on Saturday.

The revelations were made a day after Tiwari was murdered by two people, who came to his Lucknow office in Khurshid Bagh area wearing saffron kurtas and with a box of sweets with an address of a Surat sweet shop on Friday afternoon. The assailants had kept the pistol and the knife in the sweet box.

Gujarat Anti-Terror Squad (ATS) DIG Himanshu Shukla told IANS, “The three people, whom we detained in the morning have confessed to their crime of killing Tiwari.”

Shukla said that the plan to execute Tiwari was made about “two months” ago as these people were offended over the provocative statements of Tiwari.

The three people detained by the joint team of Gujarat Police, Gujarat ATS and the UP Police have been identified as Maulana Mohsin Sheikh, Faizan and Khurshid Ahmed Pathan.

The ATS officer also said that the three people who have been detained by the Police have no previous crime records against them.

Earlier in the day, while addressing a press conference in Lucknow, Uttar Pradesh Police Director General of Police (DGP) O.P. Singh informed about the detention of three people from Surat in connection with the murder of Tiwari.

He said, “Khurshid Ahmed Pathan was the mastermind behind Kamlesh Tiwari’s murder.”

Singh also said that the police initially detained five persons from Surat, but two were released later. “Their activities are being monitored,” said Singh.

Tiwari, a former Hindu Mahasabha chief, had in January 2017 formed the Hindu Samaj Party and was known for making provocative remarks.

In 2015, he was arrested and the National Security Act (NSA) was slapped on him after he made some controversial statements about Prophet Muhammad. Recently, the Lucknow bench of the Allahabad High Court revoked the NSA against him.

Singh said that the three persons detained from Surat, will be brought to Lucknow if needed for questioning.

He said, “In the FIR, two people – Maulana Anwarul Haq and Mufti Naeem Qazmi – were named as conspirators. These two have also been detained and they are being questioned.”

To a question over the reason behind Tiwari’s murder, Singh said, “Prima facie, these people were radicalised by the speech that he (Tiwari) gave in 2015, but much more can come out when we catch hold of the remaining criminals.”

Singh also denied that there were any security lapses on part of the UP Police. “He (Tiwari) was given a gunner and a policeman, both were there with him. There was no laxity on the part of the police administration,” he said.

This is the fourth murder of a right wing leader this month in UP. On October 8, BJP leader Chaudhary Yashpal Singh was gunned down in a similar manner in Deoband, while on October 10, BJP leader Kabir Tiwari was shot dead in Basti. Kabir Tiwari was also a former student leader and student groups went on a rampage after his killing, burning down government vehicles.

On October 13, BJP corporator Dhara Singh, 47, was gunned down by unidentified assailants in Saharanpur.

Satyam Tiwari, son of Tiwari has, however, demanded an NIA probe into the murder of his father.

Speaking to reporters, Satyam said, “We want NIA probe into the case as we do not trust anyone. My father was killed although he had security guards, how can we possibly trust the administration then?”

Uttar Pradesh Chief Minister Yogi Adityanath said said that Tiwari was murdered to instil fear among the people. “However, our government will not allow criminals to have a freehand in the state,” he said, adding that those involved in the murder will not be spared.

Adityanath also said that the Police have detained five people – three from Gujarat and two from UP in connection with the case and an SIT has been formed to investigate the case.

However, former Chief Minister and Samajwadi Party (SP) chief Akhilesh Yadav slammed the UP government over the killing of the former Hindu Mahasabha leader.

Speaking at a public meeting, the SP leader said, “If you want to improve the system then shoot. And he taught such a lesson that neither public nor police knows whom to shoot.” 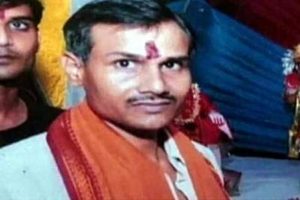 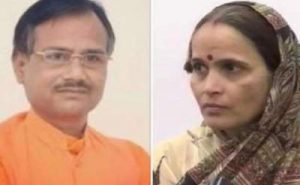