Panaji :  Hospitalised Goa Chief Minister Manohar Parrikar may not attend the Assembly Budget Session beginning Monday, even as the Speaker said that a house panel will decide whether the session needs to be curtailed.

Parrikar, who also holds the finance portfolio, is admitted in a Mumbai hospital for treatment of “mild pancreatitis”.

South Goa MP and Bharatiya Janata Party leader Narendra Savoikar said Parrikar’s treatment is headed in the “right direction” and he will continue his treatment in Mumbai on medical advice.

The parliamentarian, however, did not give a specific time frame for his recovery.

“The CM’s treatment is moving in the right direction and he is responding to the same. However, he needs sufficient time to recover and be focused on the treatment. Medical experts are taking good care of him. We all pray for his speedy recovery,” Savoikar said.

Parrikar was rushed to Mumbai’s Lilavati Hospital on February 15 for treatment of “mild pancreatitis”. On Saturday, the CMO denied reports that Parrikar underwent a surgery, claiming that his health was improving.

A statement by Lilavati Hospital on Sunday said Parrikar is responding well to treatment and dismissed reports on his adverse health as rumours.

“… various malicious and misleading reports/rumours are floating around in electronic/print media on his health. We categorically deny such rumours. We reiterate that the Goa Chief Minister is responding well to treatment,” Ajay Kumar Pande, Vice President of Lilavati Hospital, said in the statement.

Speaker Pramod Sawant told reporters on Sunday that a meeting of the Assembly’s Business Advisory Committee had been called on Monday to decide on whether the Budget Session should be curtailed to three days.

“A decision will be taken at the committee meeting on shortening the session to three days. It was due to start on February 19 and end on March 22,” he said.

Informed sources said in case Parrikar did not attend the session, the Budget — scheduled to be presented on February 22 — would be presented by a senior Minister.

“The decision on who will present the Budget will be taken at the BJP’s legislative party meeting at 10.30 a.m. on Monday,” Deputy Speaker Michael Lobo said. 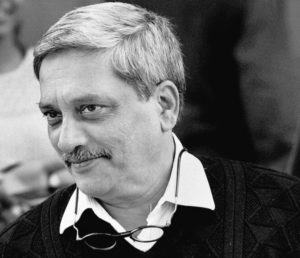 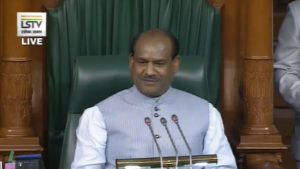