Gorakhpur, Jan 30 : Uttar Pradesh Chief Minister Yogi Adityanath on Tuesday said that there was no place for lumpen elements and lawlessness in the state.

Addressing a gathering at an event in his home town, he asserted that his government will not let such people play with law.

On the back foot after the recent communal violence on Kasganj and the spiralling crime, he said that the state government was committed to providing security to all citizens of the state.

The Chief Minister also handed over a cheque of Rs 5 lakh to the family of a trader who was murdered some time back and directed the police officials to be strict in dealing with the perpetrators of the crime and with anti-social elements. 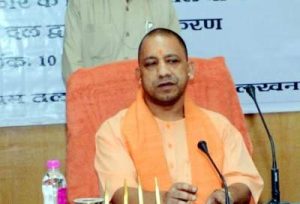