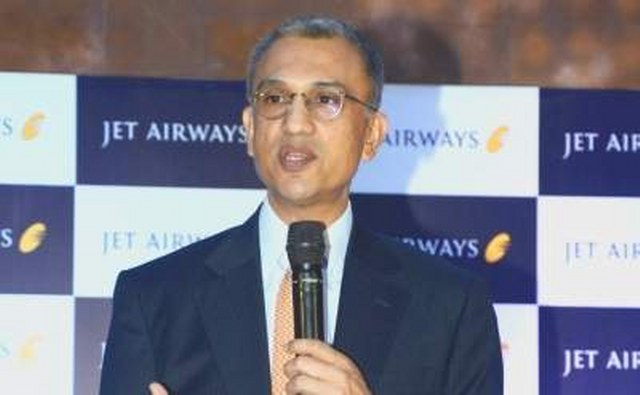 New Delhi:  Hinting that Jet Airways employees are unlikely to receive their salary dues till the stake sale process is completed, Vinay Dube, the CEO of crisis-struck Jet Airways, on Friday told airline employees that the lenders have so far provided no clarity on releasing emergency funds required to meet salary dues.

In a letter to the employees, Dube also wrote that the consortium of lenders to the now-grounded Jet Airways have put the blame for the airline’s collapse on shareholders, suggesting that the latter could have agreed to a resolution plan a long time ago.

“While we will continue to support the lender-led bid process in our effort to leave no stone unturned it pains us to communicate that no clarity or commitment on salaries has been provided by any of our stakeholders,” Dube said in his letter to the employees.

He also described the company’s efforts to take up the issue with the government at the highest levels, seeking its intervention and assistance, which, however, had not yielded positive results so far.

“While on the one hand, we are being told to preserve the value of Jet Airways during the bid process, our colleagues, who are the very factor and value of the airline, have no choice to find employment elsewhere,” the CEO said.

Dube told the employees that it has tried to convince the state-run State Bank of India (SBI)-led consortium to release some funds for the over 20,000 employees who have not received their dues for months, while the bank-led resolution process for the airline is on.

“We have old them repeatedly that our employees are facing grave hardships owing to non-payment of their salaries and that if this were to continue any longer, our employees will have no option but to find employment elsewhere,” he said.

“Unfortunately, the banks have said that they are unable to make any salary commitments. We face this reality despite our best efforts to potray the very real suffering that is being endured by each one of you”.

Thge Jet CEO also highlighted that fact in numerous board meetings of the airline payment of salary arrears was deliberated with no favourable outcome.

Jet is in the midst of a bidding exercise where investors have been invited to turn around the airline by taking majority control. Private equity firm TPG Capital, Indigo Partners, National Investment and Infrastructure Fund (NIIF) and Etihad Airways are in the race to buy a stake in the grounded Jet Airways.

SBI Caps, the merchant banking arm of SBI, is currently shortlisting the investors for submitting their financial proposal by April-end. 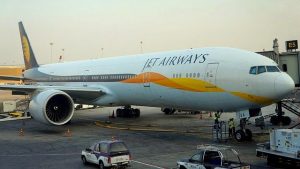