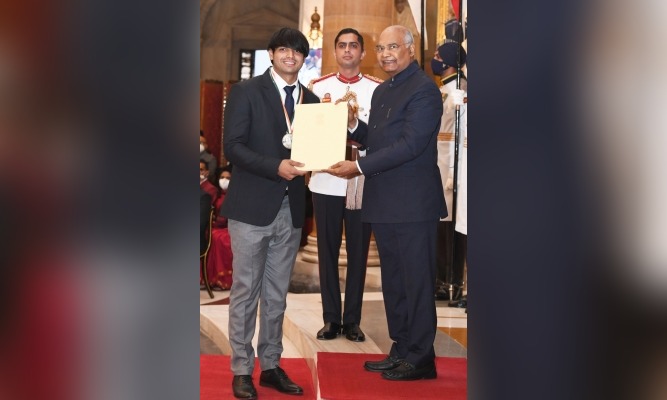 New Delhi | It was a double delight for Olympic gold medallist javelin thrower Neeraj Chopra as he received the country’s top sports award from President Ram Nath Kovind at the Rashtrapati Bhavan on Saturday. What made the day extra special for Chopra was that he received the award in the presence of his grandfather.

“An honour to be presented the Major Dhyan Chand Khel Ratna by Hon’ble President Shri Ram Nath Kovind at the Rashtrapati Bhavan with my Dadaji (grandfather) in attendance,” Chopra tweeted later in the evening.

An honour to be presented the Major Dhyan Chand Khel Ratna by Hon’ble President Shri Ram Nath Kovind at the Rashtrapati Bhavan with my Dadaji in attendance.

Congratulations to my fellow award winners and thank you for always supporting me.🙏🏽 pic.twitter.com/qBF1bCdTwR

Chopra became the first Indian athlete to win an Olympic gold medal in 70 years when he won the men’s javelin throw competition at the Tokyo Olympic Games in August this year. Avani, Antil, Narwal, Bhagat, and Nagar bagged gold medals in their respective categories in the Paralympic Games that followed the Olympic Games.

“Congratulations to my fellow award winners and thank you for always supporting me,” Chopra said to the other awardees.

Other award winners too expressed their happiness on receiving the honour.

Said boxer Lovlina Borgohain, who won a bronze medal in Tokyo Olympics, “It was an honour to receive the Major Dhyan Chand Khel Ratna Award by Hon’ble President Shri Ram Nath Kovind Ji at the Rashtrapati Bhavan today. Thank you everyone for always supporting me.”

“I’ve always dreamed of giving it my all and making my country and family proud, but moments like these are beyond dreams. I’m thankful to everyone who has helped me in my journey. I’m determined to represent, and give it my all for (IndiaFlag of India),” wrote tennis player Ankita Raina on Twitter after receiving the Arjuna Award.

“Incredibly honoured at having received the prestigious Dhyan Chand Khel Ratna award. The biggest reasons behind this moment have been my family, coaches, colleagues, friends, and mentors who have helped me through thick and thin. Jai Hind,” tweeted wrestler Ravi Kumar Dahiya, who bagged a silver medal at the Tokyo Olympics.

Later, Minister of Youth Affairs and Sports, Anurag Thakur on Saturday hosted a celebratory dinner for all the winners of the National Sports Awards. 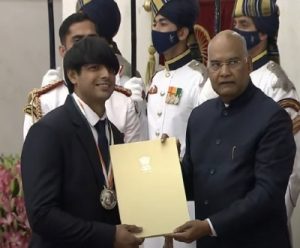 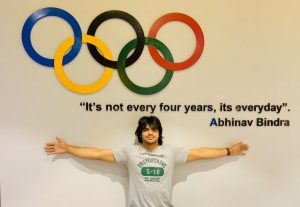 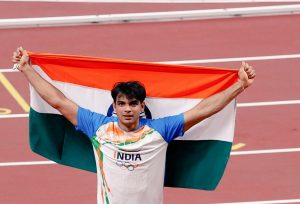