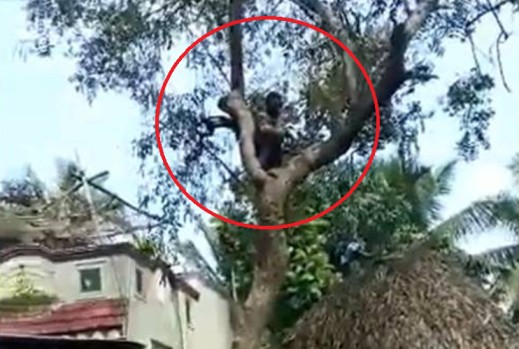 Man (circled in red) can be seen sitting on the tree (Image: Screengrab (Social Media)

Puducherry | A person in a village in Puducherry’s Vilianur climbed a tree to avoid being administered Covid-19 vaccine. The man, who spotted the health authorities coming towards his house, ran away and later climbed the tree to prevent him from being vaccinated.  The incident happened on Tuesday.

Puducherry health authorities said that the middle-aged man, whom the authorities did not name, climbed atop a tree near his home after he found the health team reaching his there. He ran away from the house carrying a machete and later climbed the tree.

The health authorities said that he was trying to enact a drama of pruning the branches of the tree using the machete but authorities asked him to come down and inoculate himself.

Vaccine hesitancy at its peak!

"I will not take the vaccine, you can't get me",says a 40 year old man after climbing a tree @ Puducherry when the health dept. workers insisted him to take the #COVID19 jab.#vaccination#CovidIndia pic.twitter.com/1a8B5MdZb1

When members of the team enquired whether he had taken the vaccine he said in the negative and challenged the health officials to climb the tree and administer him the jab.

An old woman and her family had waded off the health workers, including Asha workers from not getting vaccinated after she enacted a drama as if getting possessed by the spirit of a Goddess ‘Mariyathai’ and scared the health volunteers away.

These incidents have left the health authorities of Puducherry red-faced as this was a clear indicator that people are still not aware of the benefits of vaccination. The refusal of the people is being considered as the major failure of the Puducherry health department to properly inculcate in the society the benefit of vaccination. 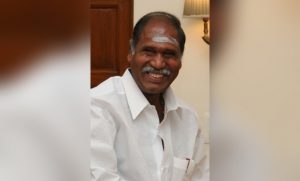 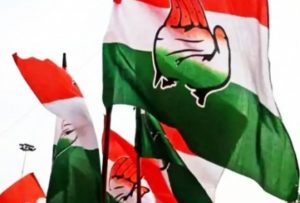 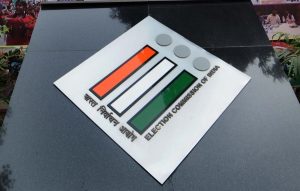