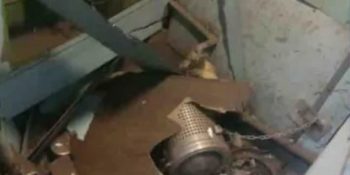 Lucknow | A tragedy was averted on Wednesday when a low intensity blast took place in the toilet of a general coach of the Kanpur-Bhiwani Kalindi Express near Kanpur, the police said. No passenger was injured.

A senior railway ministry official said the blast in the general compartment of the train, just ahead of the guard’s coach, took place around 7.10 p.m. near Barrajpur station, about 35 km from Kanpur.

Prima facie it doesn’t appeared to be a blast of explosives, an official said.

Teams of the police, the Railway Protection Force (RPF), the Government Railway Police (GRP) and senior railway officials inspected the crime scene. A probe has been ordered into the incident.

The train will leave for its onward journey to Bhiwani after a thorough check-up of all the compartments, an official told IANS.