Chennai: Four days have gone since Indias first moon lander Vikram crashed on the lunar surface, but the Indian Space Research Organisation (ISRO) has gone silent about the likely cause of the breakdown.

Early on September 7, Vikram, while on its descent to soft land on the Moon’s south polar region, apparently lost control and crash-landed there, snapping the communication links.

Since then, there has been no official communication from ISRO as to the likely cause of the crash.

Like Vikram, the ISRO too has gone into a silent mode, avoiding the media except for a few brief comments by some officials to select journalists.

“The likely cause of the failure should have been known to ISRO long back, given the data they should be having on their hand. It is strange as to why the ISRO is silent,” a former ISRO official told IANS preferring anonymity.

Soon after the telemetry screen at the ISRO’s Telemetry, Tracking and Command Network (ISTRAC) centre in Bengaluru went blank early on Saturday, ISRO Chairman K. Sivan made a brief announcement.

He said the performance of the lander was as per the plan till it was 2.1 km away from its designated landing spot on the Moon’s South Pole. The communication link got snapped after that. The data is being analysed, he added.

The press meet scheduled on Saturday was also cancelled after the mission failed.

Later on that day, ISRO issued a statement claiming that the Rs 978 crore Chandrayaan-2 -e India’s first moon landing mission — has accomplished 90-95 per cent of the mission objectives.

“When the Geosynchronous Satellite Launch Vehicle (GSLV) rockets failed some years back, the then ISRO Chairman addressed the media immediately. They were also able to tell the probable cause of the rocket’s failure then,” pointed out a retired ISRO official.

Minutes after Vikram failed in its mission, an ISRO official told IANS that the lander could have lost its control when its thrusters were switched off during its descent, and crash-landed snapping the communication links.

The lander was coming down smoothly, making the ISRO officials applaud at regular intervals with their faces beaming with pride, as they were glued to their computer monitors.

The lander successfully completed its rough braking phase with its descent speed going down well.

On the telemetry screen at the ISTRAC centre, it was noticed that Vikram had slightly veered away from its plotted path, but had immediately come back.

At an altitude of about 5 km from the lunar surface, the lander slightly veered off its plotted path before returning to its original path immediately.

“Just before the loss of communication link, the lander tumbled but recovered immediately. After that the communication signals snapped. That means the lander in its trajectory lost its position,” an ISRO official told IANS on the condition of anonymity.

“As per the landing sequence, the liquid apogee engine would be firing. When the lander is in an upside down position, if the engine is on fire then its descent will be faster,” he added.

To a question as to why the Vikram had tumbled and was it due to the uneven functioning of its throttleable engines, the officials did not rule out the possibility.

Soon after, Vikram again shifted from its planned path and then the communication link got snapped.

One of India’s heaviest rockets, the Geosynchronous Satellite Launch Vehicle (GSLV), was earlier lost due to a faulty component.

In 2006, the GSLV-F02 went out of control less than a minute after liftoff and had to be destroyed in air after it started breaking up.

The reason for the failure, the analysis report revealed, was that one of the propellant regulators had a manufacturing defect of a “much higher discharge coefficient in its closed condition”, which escaped the inspection and acceptance test procedure.

On Sunday, Sivan told a news agency that the Chandrayaan-2 Orbiter has taken a thermal image of the Vikram on the lunar surface.

But what is the probable cause of the breakdown? Was it the problem with the thrusters or with some software? Only ISRO can answer. 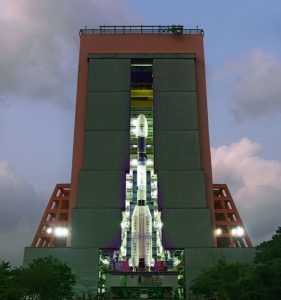 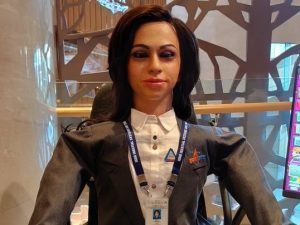 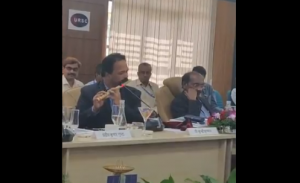