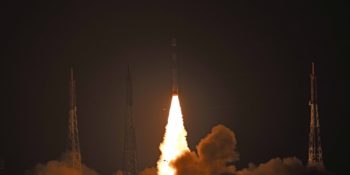 The notable aspects of this space mission are flying of a new variant of Polar Satellite Launch Vehicle (PSLV), switching off and on of the fourth stage engine couple of times, and use of fourth stage as an orbital platform carrying Kalamsat.

After the successful launch, ISRO Chairman K. Sivan said: “The mission is a grand success. The PSLV rocket precisely injected the Microsat R in its designated orbit.”

Sivan said, this PSLV rocket is not an another PSLV rocket as lot of innovation have been incorporated in it like the use of aluminium tank in the fourth stage and using it as an orbital platform for the five member student team and Space Kidz India built nano-satellite Kalamsat.

He said, the Indian space agency is ready to help all Indian students to conduct space experiments while ISRO would do the research for the benefit of the nation.

With the fierce orange flame at its tail lighting up the night skies, the rocket slowly gained speed and went up and up enthralling the people at the rocketport, with the rocket’s engine noise like a rolling thunder adding to the thrill.

More thrilling aspect came in when rocket’s fourth-stage/ engine was cut/switched off in just over 13 minutes after the lift-off.

A minute later the DRDO’s imaging satellite Microsat R was ejected at an altitude of about 277 km.

Speaking to IANS earlier, Sivan said the Microsat R is a 700kg satellite for DRDO.

“There is increased demand for satellites from strategic sectors. About six-seven satellites are planned to be built,” a senior official told IANS earlier.

The PSLV is a four-stage engine expendable rocket with alternating solid and liquid fuel.

In its normal configuration, the rocket would have six strap-on motors hugging its first stage.

But the 44.4-metre tall rocket that lifted off on Thursday had two strap-on motors and its configuration is designated as PSLV-DL.

At about 100 minutes after the lift-off, the rocket’s fourth stage was switched on again for few seconds before it was again cut off.

Finally, at about 103 minutes after the rocket left the earth, the fourth stage began its role as an orbital platform carrying Kalamsat at an altitude of 450 km.

Kalamsat is a payload developed by students and Chennai-based Space Kidz India and the first to use the rocket’s fourth stage as an orbital platform.

According to Srimathy Kesan, Founder CEO of Space Kidz India, Kalamsat is a 10cm cube, 1.2 kg communication satellite with a life span of two months. The satellite cost is about Rs 12 lakh. 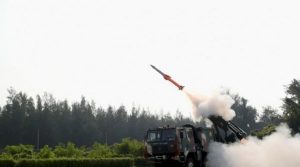 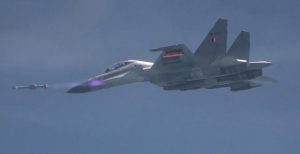