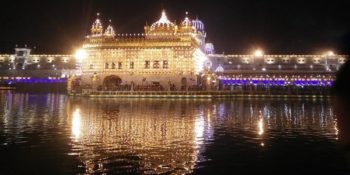 Amritsar :  A fireworks display and LED lighting marked the celebrations of ‘Bandi Chhor Diwas’ and Diwali as thousands of devotees flocked to the Golden Temple complex here on Wednesday.

The traditional fireworks display was a spectacular event even though its timing was reduced to just 10 minutes this year owing to pollution concerns.

The complex, where the holiest of Sikh shrines, the ‘Harmandar Sahib’ is located, was illuminated with LED lights, giving it a glittering look.

There was festive spirit at the shrine complex in this Sikh holy city as thousands of people came here to offer prayers and seek blessings.

Acting Jathedar (chief) of the Akal Takht, Harpreet Singh, read out his message to the Sikh community on the occasion.

The domes, buildings and floors of the shrine complex were cleaned and lit up for the occasion.

The day is celebrated in the Sikh religion as ‘Bandi Chhor Diwas’ (prisoner liberation day). On this day, the sixth Sikh guru, Guru Hargobind, returned to Amritsar after being released along with 52 princes from imprisonment by the Mughal emperor Jahangir from Gwalior prison in 1619.

The guru and the princes arrived in Amritsar during the Diwali festivities. Since then, the Bandi Chhor Diwas and Diwali celebrations coincide at the Golden Temple complex.

Elsewhere in Punjab, markets wore a festive look on the occasion of Diwali but traders said that sales were down. 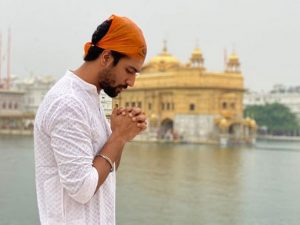 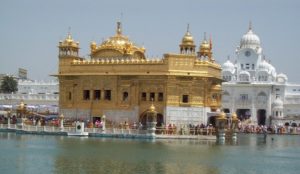