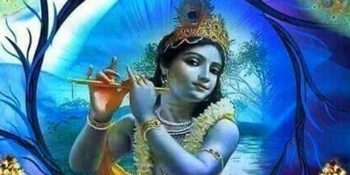 Jaipur :  A dargah at a village in Rajasthan’s Jhujhunu district hosts a unique cultural fair each year on janmashtami, the birthday of Lord Krishna, where sounds of ‘aarti’ and ‘azaan’ reverberate from the same place.
The abode of Sharif Hazrat Hajib Shakarbarat at Narhat village is known for a grand janmashtami fair where musical dramas, ‘qawalis’ and short plays mark the occasion. People from Delhi, Haryana and Punjab visit the dargah to become a part of the rare celebration.

Cementing the bond of communal harmony, the dargah accommodates thousands of people each day during the fair.

Younus Pathan, a khadim of the dargah, says the trend of organising the fair on janmashtami goes back to hundreds of years. “Our seven generations have handed us down a common story: people irrespective of their caste and religion, congregate here to celebrate ‘Krishna janmotsav’ with great zeal and fanfare,” says Pathan.

Sathik Tirgi, former dargah committee president, told IANS that the fair that began on Sunday would continue till Tuesday.

“Qawali singers have also been invited from Mumbai. Their songs will lend a mesmerising touch to the whole event,” Tirgi said.