“The disqualification of 20 AAP MLAs was his gift to Modi. What is the reason for this gift? Why has it been given? Aam Aadmi Party and the country want to know this,” he said.

“Everyone in the country has only one question on their mind: What was the compulsion for him to take the decision with only two days to retire,” Rai asked.

On Friday, the EC recommended to President Ram Nath Kovind to disqualify 20 AAP MLAs for holding office of profit as Parliamentary Secretaries, triggering calls for the resignation of Chief Minister Arvind Kejriwal.

The President is bound to act in accordance with the poll panel’s recommendation.

On Saturday, Rai said that Joti was Principal Secretary in Gujarat when Modi was the state’s Chief Minister and he was Modi’s closest officer.

The leader also rubbished claims that the AAP MLAs were given multiple chances to appear before the EC and said that lies were being spread in the media.

Rai said that all notices given by the EC were replied by AAP’s lawyers and added that even during the the British rule, people were heard before giving punishments.

Holding out a purported order from the EC, Rai said that the EC had not given a date of hearing for the AAP MLAs, after March 13, 2017.

The EC gave its opinion to the President on a complaint by advocate Prashant Patel, a member of the Hindu Legal Cell, in June 2015, who petitioned then President Pranab Mukherjee alleging illegality in the appointment of Parliamentary Secretaries.

The decision led to calls by the Congress and BJP — who have been demanding the disqualification — for Kejriwal’s resignation.

Later on Friday, the Delhi High Court refused to grant interim relief to AAP MLAs against the Election Commission’s recommendation.

Rai said the party will also launch a campaign against BJP’s decisions to allow FDI in retail and the sealing drive in the city. 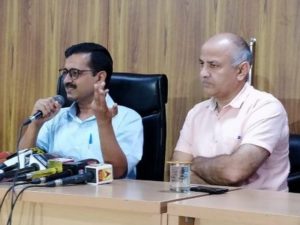 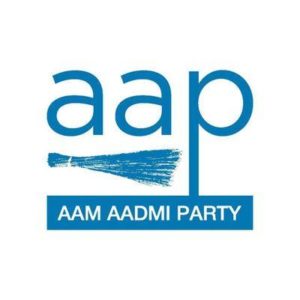