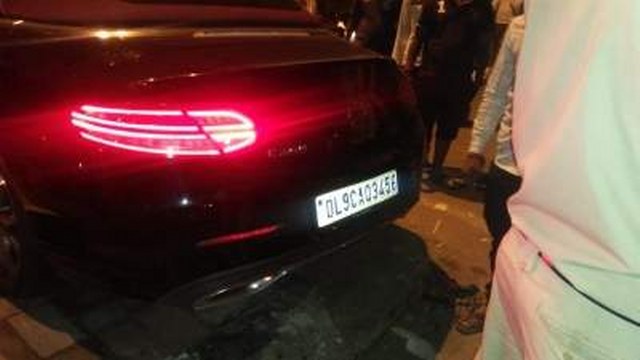 New Delhi:  A 19-year-old man, driving a Mercedes Benz crushed a CRPF constable to death while two other troopers were injured in the incident.

The accused who studies in London, jumped a red light in upmarket GK-I on Thursday night and hit a WangonR in which three CRPF jawans were travelling. The impact was such that Constable Narender Baswal (34), succumbed to injuries in a hospital, while Vinod Kumar (36) and Babulal Yadav (38) were discharged after treatment. All three constables were in Special Duty Group (SDG) of the Central Reserve Police Force.

According to Vijay Kumar, the Deputy Commissioner of Police (DCP), South district, the incident took place at Archana crossing in GK-I at around 11 p.m. Thursday.

“A PCR call was received at 10.59 p.m. regarding an accident at Archana crossing on the BRT. At the spot, there was a black colour Mercedes car – which was coming from Siri Fort Road side – and hit a WagonR car by jumping the red light. The wagonR was coming from Moolchand and was heading towards Chirag Delhi,” said the DCP.

He said that Garg’s medical examination showed no presence of alcohol. The victims were pulled out of the car and rushed to AIIMS Trauma Centre, where Narendra died in the morning due to “internal injuries he had suffered,” said hospital authorities. Vinod and Yadav received injuries on their limbs and were discharged from the hospital on Thursday night.

“After hitting the WagonR, the Mercedes Benz hit the divider and broke the traffic light. Police said that Garg did not suffer any injuries as he was protected by the air bags in the car. The medical exam of the victims too showed no traces of alcohol,” said the police official privy to investigation.

The WagonR belongs to Vinod, who was driving it at the time of the accident, and Baswal was sitting at the back. “The driver of the Mercedes car jumped the red light and was speeding. It crashed our car and for a moment, I blacked out. Our car toppled twice. When I regained consciousness, I saw Narendra was unconscious and Yadav was injured but conscious. I got out of the car and tried to remove others too but couldn’t,” said Vinod.

The police official said that Garg was on his way to home after visiting his grandmother in Saket.

The accused’s father Asish runs an iron business and the car is registered under his name, the police said.

“Narendra succumbed to his injuries on Friday morning at around 8:30 a.m. While Vinod and Babulal were discharged after treatment on Thursday night,” a police official said.

“On Vinod Kumar’s complaint, a case has been registered under sections 304 A (causing death by negligence), 337 (causing hurt by act endangering life) and 279 (rash driving) of the Indian Penal Code (IPC) has been registered against him at Greater Kailash police station.

However, the accused was released on bail by the police on the very same night of the incident.

The deceased Narendra hailed from Kishangarh near Alwar (Rajasthan) and is survived by two children and a wife. He had joined the CRPF as a constable in 2004. 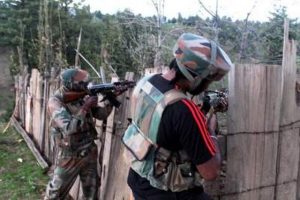 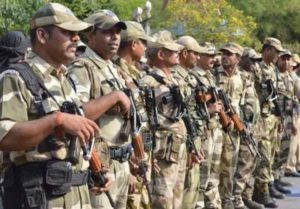