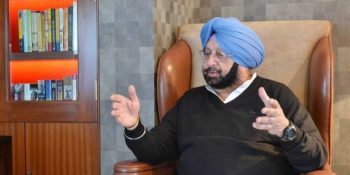 Amritsar : Even as the Punjab Police maintained that some leads were being investigated, Punjab Chief Minister Amarinder Singh on Monday said the grenade attack on a religious congregation of the Nirankari sect was a clear case of terrorism and there was no religious connection to it.

“It is a clear case of terrorism. This has been carried out to create panic. There is no religious link to it,” Amarinder, who visited the grenade attack spot at Nirankari Satsang Bhawan in Adliwal village near Rajasansi, told the media.

Three persons were killed and 20 injured when two motorcycle-borne youths threw a grenade at a Nirankari congregation about 15 km from Amritsar. All victims were sect followers from nearby villages who had gathered for the weekly Sunday religious meeting.

The Chief Minister visited the injured in the hospital here and announced a government job to next of the kin of the three people killed in Sunday’s grenade attack.

Amarinder had earlier on Monday announced a reward of Rs 50 lakh to anyone giving information regarding the two youths who carried out Sunday’s grenade attack on the Nirankari prayer meeting.

The Punjab Police, which has remained clueless for the last over 24 hours regarding who carried out the attack, has formed several teams to investigate the grenade attack. CCTV footage of places near the blast was being scanned to know more about the two masked attackers.

Forensic teams and a team of the National Investigation Agency (NIA) reached the spot late on Sunday to investigate the attack.

Inspector General (Border Range) S.P.S. Parmar told the media on Monday that the probe would look at all angles and police teams were trying to trace the culprits.

The attack at the compound located in the rural belt, around three kilometres from the Guru Ram Das Jee Amritsar International Airport, created panic.

Punjab Director General of Police Suresh Arora, who rushed to the spot on Sunday along with senior officers, admitted that it was a “terror act”.

The Punjab Police has drawn flak for intelligence failure regarding the attack despite the border state being on high alert since November 14 over reported movement of six to seven terrorists in the state.

Eyewitnesses told the police that two youths on a motorcycle, with their faces covered, forced their entry into the sect compound by pointing a pistol at a woman volunteer at the gate. There were around 200 followers in the compound at the time.

Amarinder Singh, who on Sunday directed the police to immediately enhance security arrangements at all sensitive places, terming it “the first such indiscriminate attack on innocent people in recent past”, said that the “possibility of involvement of ISI-based Khalistani/ Kashmiri terror groups can’t be ruled out”.

The Nirankari sect, with headquarters in Delhi, has millions of followers across the country and abroad.

In the last few months, Khalistani and Kashmiri activists have been trying to foment trouble in Punjab, which shares a 553-km barbed wire-fenced international border with Pakistan.

The state police, along with its Jammu and Kashmir counterpart, had busted two modules of Kashmiri students who were studying in institutions in Punjab and having links to terrorist outfits in troubled Kashmir. The Maqsudan Police Station was targeted by Kashmiri terrorists on September 14 with hand grenades though no one was injured in the attack.

Posters of Kashmiri terrorist Zakir Mussa had mysteriously appeared in Punjab’s Gurdaspur district on Friday saying that he had been seen in Punjab.The Chief Minister said 15 terror modules had been busted in the past 18 months, including those with Kashmiri terror links. 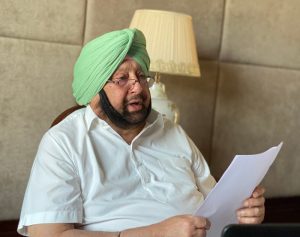 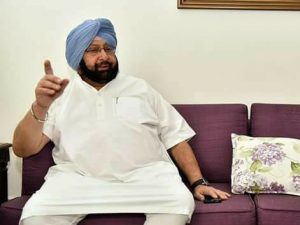