New Delhi :  Lack of time left the makers of “Cheat India” no choice but to agree to a new title “Why Cheat India” upon the censor board’s suggestion. But the film’s actor and producer Emraan Hashmi says it is “illogical” and “ridiculous”.

“Why Cheat India” is about the education system. It marks Emraan’s debut as a producer.

Asked what happened that the title had to be changed last minute, just days before its release, Emraan told IANS here: “CBFC (Central Board of Film Certification) members found the title misleading. According to them, our film is showing India in negative light. But that’s what it is…what we are showing is a mirror to the system…they should understand it.”

He said at the end of the day, it all boils down to the education system.

“Fundamentally, if the system has an open and analytical thinking, then you would not do such illogical things. Changing the film’s title at the last moment does not make any sense.

“The ‘Cheat India’ title has been there for a year… CBFC approved all our promos earlier, but now what they have done is absolutely illogical. There is no logic at all,” a visibly upset Hashmi told IANS here on Friday while promoting the film.

However, he feels the title change won’t impact the motive of the film.

“I am happy that our audience is mature enough to judge a particular film. They watch film for the content, not for the title. I’m sure this title transition from ‘Cheat India’ to ‘Why Cheat India’ won’t hamper the business and motive of our film.”

Hashmi’s co-star and debutante Shreya Dhanwanthary expressed her anger over the CBFC’s decision.

She said: “I don’t understand how censor board can smoothly pass the films which impart a lot of violence and vulgarity, but they have problems with social issue based film like ‘Cheat India’.”

Directed by Soumik Sen, “Why Cheat India” is scheduled to release on January 18. It was earlier due to hit the screens on January 25 along with “Manikarnkika: The Queen of Jhansi” and “Thackeray”. 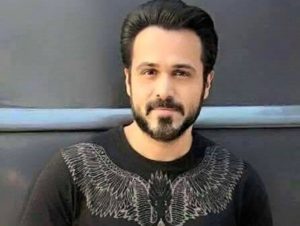