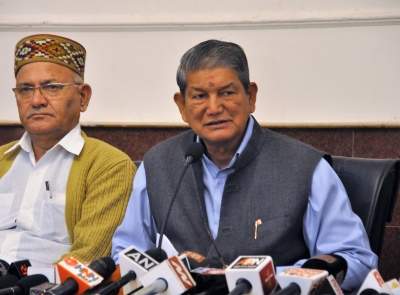 New Delhi:  In more troubles for the Congress, the Central Bureau of Investigation on Wednesday registered a case against former Uttarakhand Chief Minister Harish Rawat for allegedly buying support of rebel MLAs in 2016.

Besides Rawat, the CBI has also booked his then cabinet colleague Harak Singh Rawat, who is now a member of the state’s BJP-led government, for alleged attempts at horsetrading in 2016, which was caught on tape by Umesh Kumar, CEO of a Hindi News Channel.

Harak Singh Rawat had later joined the BJP and is now a minister in the Trivendra Singh Rawat-led cabinet in the state.

They have been booked for criminal conspiracy, taking gratification in order to influence public servants.

The case pertains to a 2016 sting video shot in the VIP lounge of Dehradun airport that purportedly showed Rawat negotiating a deal to buy the support of rebel MLAs.

A senior CBI official said the case was registered after the Uttarakhand High court gave its nod on September 30, after the probe agency submitted a report in a sealed cover on its preliminary inquiry.

The preliminary inquiry was registered in April 2016 when the state was under President’s rule. The CBI said the agency had sent the tape of the sting operation to the Forensic Science Laboratory, Gandhinagar in Gujarat, which opined that the recording was “genuine” and that there was no evidence of any tampering or morphing in the video files. 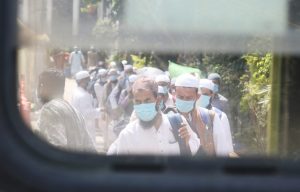