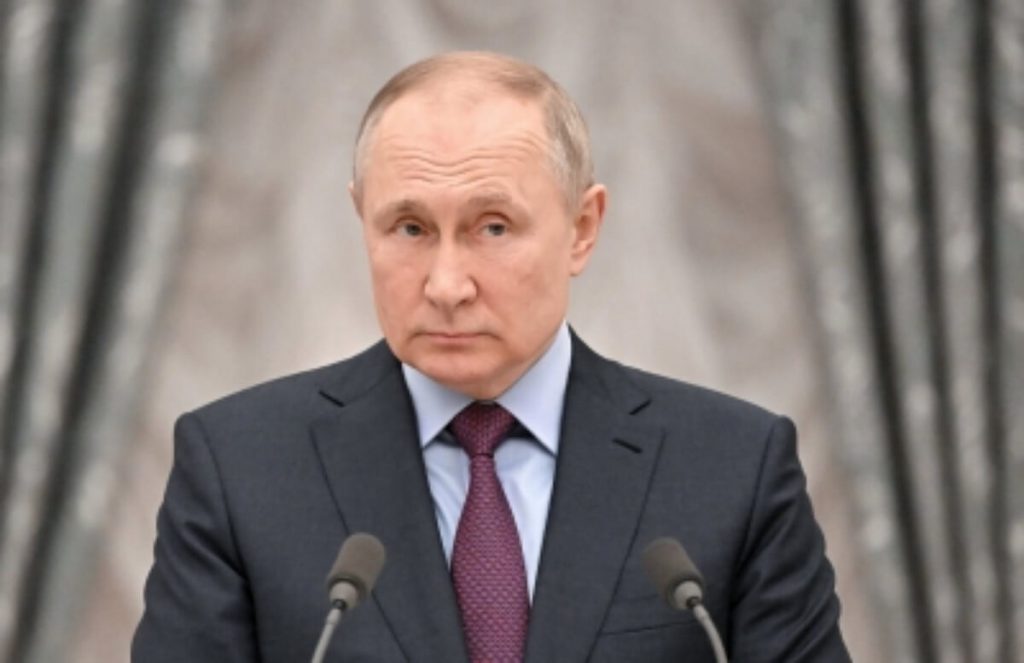 London | A bloated Vladimir Putin has been seen gripping a table whilst slouching in his chair during a televised meeting with his defence minister amid rumours the Russian strongman is battling cancer, the media reported.

In a rare live appearance, Putin claimed Russia had ‘liberated’ the besieged Ukrainian city of Mariupol, as he savagely ordered Defence Minister Sergei Shoigu to seal off all routes out of the Azovstal steelworks where defiant Ukrainians are holed up ‘so that even a fly cannot pass through’.

But Putin’s poor posture and his apparently bloated face and neck sparked speculation about the Russian leader’s health, which has reportedly been in decline since his invasion of Ukraine, the Daily Mail reported.

Putin is hailing Russia’s “liberation” of Mariupol after his forces completely destroyed during a two-month siege.

He told defense minister Sergei Shoigu to block off the Azovstal metallurgical plant, where the last Ukrainian troops are holed up, “so that a fly can’t get in.” pic.twitter.com/g2lNd44qXF

Video showed Putin speaking to Shoigu whilst gripping the edge of the table with his right hand – so hard that it appears white – and tapping his foot consistently, Daily Mail reported.

Shoigu does not appear to have fared any better in the eight weeks since Russia invaded Ukraine, with the defence minister slurring his words and reading from his notes following an apparent heart attack.

Anders Aslund, a Swedish economist and former adviser to Ukraine and Russia, said the video showed both Putin and Shoigu ‘depressed and seemingly in bad health’.

“Shoigu has to read his comments to Putin and slurs badly, suggesting that the rumours of his heart attack are likely. He sits badly. Poor performance,” Daily Mail reported.

Prof Erik Bucy, a body language expert from Texas Tech University, told The Sun Online: “It’s astonishingly weakened Putin compared to the man we observed even a few years ago.

“An able-bodied president would not need to keep himself propped up with a hand held out for leverage and would not be concerned about keeping both feet planted on the ground.” 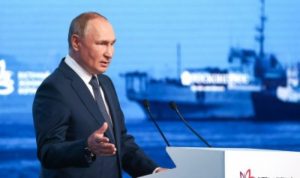 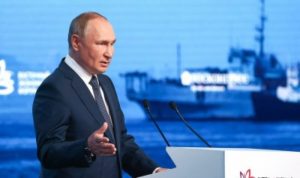 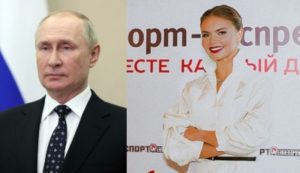