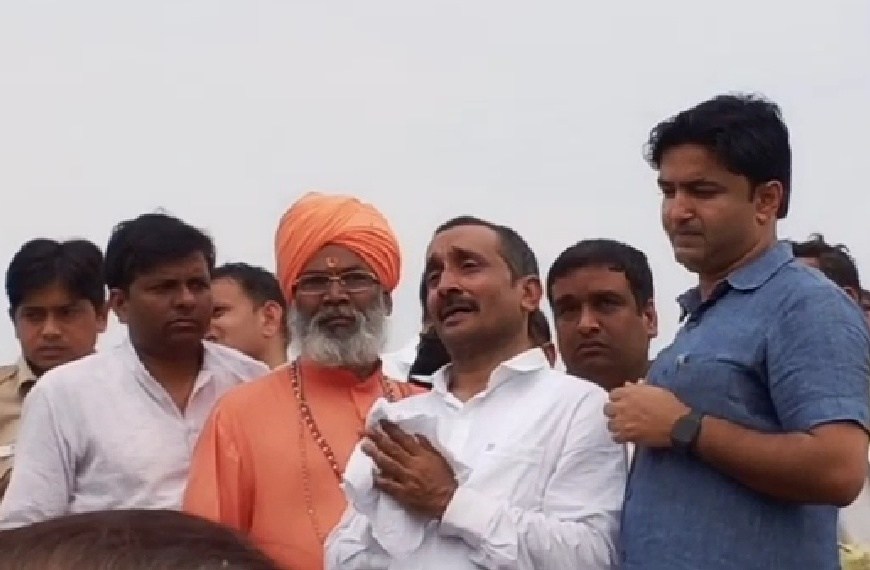 Lucknow: On the day when a rape survivor was set ablaze in Unnao, the BJP Member of Parliament Sakshi Maharaj took to Twitter to wish rape accused MLA Kuldeep Sengar on his birthday.

The BJP MP from Unnao posted his birthday wishes for Sengar from his official Twitter handle. The message also carries his own image.

Sakshi Maharaj had come under fire when he visited Kuldeep Sengar in Sitapur jail after the 2019 Lok Sabha elections to thank him for his support. He also went to meet the tainted MLA at his residence when the latter lost his mother recently.

Sakshi Maharaj’s message was posted on Thursday – the day when another rape victim from Unnao was set ablaze by her alleged rapists who were out on bail.

The victim has been admitted to the Safdarjung hospital in Delhi with over 90 per cent burns. She was first brought to Lucknow for treatment and later on Thursday evening, was taken in an air ambulance to Delhi.

Samajwadi Party MLC from Unnao, Sunil Singh Sajan said, “The rape accused MLA Kuldeep Singh Sengar is representative of Yogi Adityanath while BJP MP from Unnao Sakshi Maharaj is representative of Prime Minister Narendra Modi. These are the real faces of the BJP. Birthday wishes are being given to rape accused MLA by a man who represents Unnao parliamentary constituency and that too, at a time when a girl is set ablaze after rape.”

Congress spokesperson Rajiv Tyagi also slammed the BJP and said, “The top leadership of the BJP is giving shelter to rapists and rape accused. We saw a similar thing in the case of Chinmayanand and now the action of BJP MP from Unnao, Sakshi Maharaj, is clear indicator of BJP’s anti-women stand. When rape accused are being wished on birthday by the people sitting in power, surely it will give a boost to the criminals.”

Sengar, a four-term MLA from Unnao’s Bangarmau, his brother Atul Sengar and two of their henchmen have been in Tihar jail since last year on the charge of gang-raping a girl in 2017 when she was a minor.

The legislator, an influential Thakur leader, was expelled from the BJP in August after the rape survivor and her lawyer were grievously injured and two of her aunts were killed when a truck collided with their car on a Rae Bareli road. Sengar and his associates were accused of criminal conspiracy in the accident case. 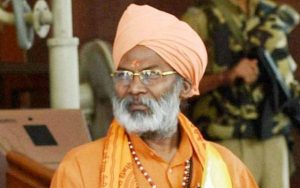 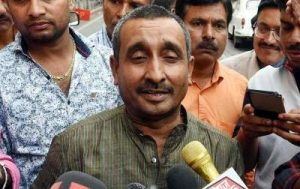