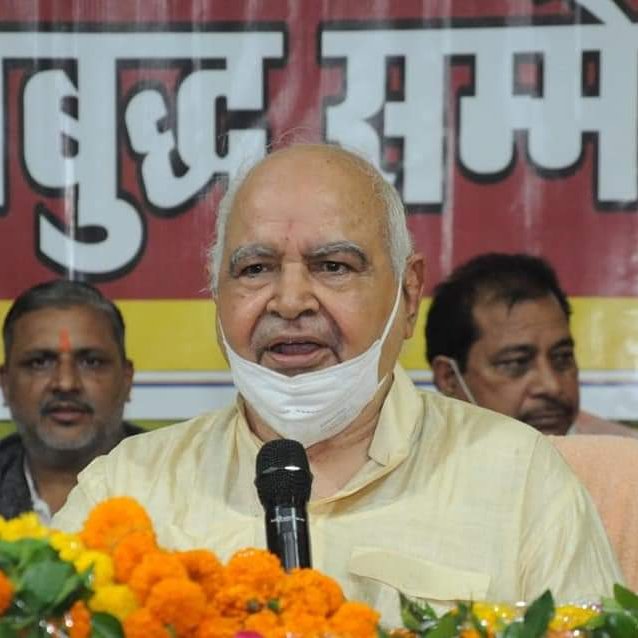 Lucknow | Uttar Pradesh Assembly Speaker Hriday Narayan Dixit has waded into controversy by saying that if one could become great just by dressing scantily, then Bollywood actor Rakhi Sawant would have become greater than Mahatma Gandhi.

He made the remarks at the ‘prabuddha varg sammelan’ (meeting of intellectuals) organised by the BJP in Bangarmau Assembly constituency of Unnao district on Sunday.

“In our opinion, no one has become an intellectual by writing a book on any topic. If that was the case, for so many years, I have read at least 6,000 books,” Dixit said.

He continued, “Gandhiji used to dress scantily. He used to wrap just a ‘dhoti’. The country called him Bapu. If somebody could become great just by taking their clothes off, then Rakhi Sawant would have become greater than Mahatma Gandhi.”

A video clip of his speech went viral on social media, following which he put out a series of clarifying tweets in Hindi.

“Some friends on social media are showing the clip of a video of my speech with an otherwise meaning. This was part of my speech at the ‘prabuddha sammelan’ in Unnao, in which the moderator of the ‘sammelan’ introduced me saying that ‘I am an enlightened writer’.

“I took this point forward and said that no one can become an intellectual by writing books. Gandhiji used to dress scantily. He used to wrap just a dhoti. The country called him Bapu but that does not mean that if anyone dresses scantily, he or she becomes great,” he clarified.