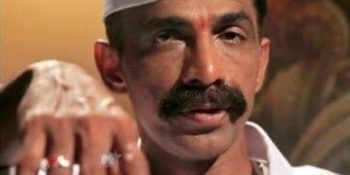 Nagpur (Maharashtra) :  Mafia don Arun Gawli, currently incarcerated for life in Nagpur Central Jail, has not only passed but topped the 2017 Gandhi awareness exam, surprising many, an organizer said on Monday.

“Gawli scored 74 correct answers out of the 80 in the question paper in the open-book exams. We are happy that he has made a serious effort to imbibe Gandhian principles in his life in prison,” Ravindra Bhusari, Trustee of Sahyog Trust, told IANS.

A total of 160 prisoners, including 12 on death row, several serving life-terms, and many undertrials, voluntarily took part in the exam held on October 1, 2017.

The results, usually declared on January 30, were delayed by seven months this year on account of “certain security issues.”

Incidentally, topper Arun Gulab Ahir, alias Arun Gawli, was not even an original applicant for the 2017 exam, said Bhusari.

“It was only after Gawli saw the advance study material and other literature despatched from the Bombay Sarvodaya Mandal (BSM), Mumbai, to all the candidates, that he expressed his desire to participate in the exam,” Bhusari said.

Gawli went to the examination hall along with the other 159 candidates and patiently answered all the 80 questions in the hour-long session, scoring the highest, 74 correct answers.

On Saturday, a function was organized by the Sahyog Trust and the top winners were awarded a gift hamper of khadi clothes and Gandhian literature, besides, handkerchiefs, Gandhian books, a pen and diary to write their experiences on the Gandhi awareness exam.

“The Sahyog Trust affiliated to BSM, Mumbai, have been conducting these exams for 11 years in various jails across Maharashtra with huge participation among the inmates,” said BSM head T.R.K. Somaiya.

“We want to encourage them further by requesting the government to allow a remission of, say 5 days per annum, in their sentence. For every prisoner who appears successfully in the Gandhi exam, it would mean a lot,” said Bhusari.

Popular as ‘Daddy’ among his supporters, Gawli, 64, was active in the Mumbai underworld in the 1970s and bitterly opposed absconder mafia don Dawood Ibrahim Kaskar’s gang till the 1990s, with bloody gang wars between them.

He was convicted in 2012 in the murder of a Shiv Sena leader and sentenced to life imprisonment, which he is currently serving in Nagpur Central Jail.

In 1997, Gawli floated a political party, Akhil Bharatiya Sena (ABS) and was elected a Maharashtra legislator. His wife Asha also served as a legislator, while his daughter is a municipal corporator in BrihanMumbai Municipal Corporation.

Gawli’s uncle Hukumchand Yadav is a legislator in Madhya Pradesh, while his nephew, Sachin Ahir is a former Maharashtra minister and currently the Mumbai head of the Nationalist Congress Party. 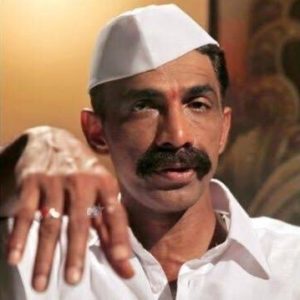