Amaravati: After a public uproar, the Andhra Pradesh police on Tuesday arrested a government official, since suspended from service, on charge of brutally assaulting a differently-abled woman colleague in office after she advised him to wear a face mask.

The incident occurred in the Tourism Department’s office in Nellore on June 27 but came to light on Tuesday after the shocking visuals recorded on CCTV surfaced on the social media.

Shocking video! Only because she asked him to wear a mask, #AndhraPradesh tourism dept dy mgr Bhaskar beats up contract worker Usha with an iron rod in the office. Incident in #Nellore district on Saturday. The woman, a differently-abled, filed a police complaint. @Tourism_AP pic.twitter.com/mOgduF0naC

Deputy Manager C Bhaskar who was caught on camera assaulting a women staffer, has been arrested. But is that enough given how brutal he was towards the lady. #AndhraPradesh pic.twitter.com/JhMVkuFbqp

“The accused was arrested and is being sent in judicial remand. Nellore district police are extremely sensitive to any violation or crime against women. Women safety is our top priority,” it tweeted.

“Crime against women is unacceptable. We condemn the Nellore incident and action has been taken against the accused for manhandling the lady official,” the police chief said.

The DGP said Disha police station would be taking up further investigation in the case and directed it to ensure that the probe is completed within a week and a charge sheet filed.

The state government earlier this year launched 18 Disha police stations across the state for speedy investigation and trial of cases related to sexual offences against women.

The CCTV footage of the crime went viral on the social media and triggered public outrage. In the clip, the official is seen pulling the woman staffer by her hair, dragging her and repeatedly attacking her with a chair handle even as other employees in the office tried to intervene.

Another employee tries to control him but he pushes him to the ground. He then picks up the chair handle that gets detached in the melee and repeatedly attacks her as other employees watch in horror.

Unable to bear the assault, another woman present in the office can be seen rushing out. A man who walks in finally snatches the object from Bhaskar’s hands. 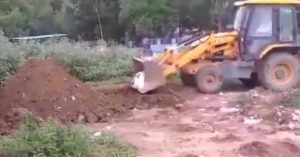 (Photo: Screen-grab From Video Shared By @naralokesh On Twitter) 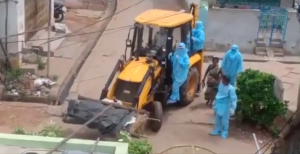 (Photo: Screengrab From Video Shared On Twitter By @ncbn) 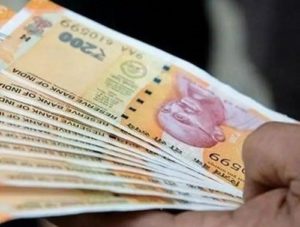