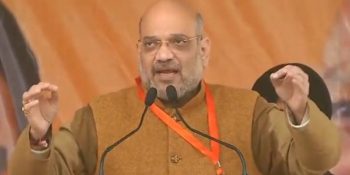 He also claimed that some of the documents related to the Rafale deal, which were leaked to the media over the last few days, could have been part of Rafale files which were stashed at Parrikar’s private residence.

“The Congress alleges that (Shah’s) Goa visit was to collect the files at Chief Minister Manohar Parrikar’s home… The files were taken away. Once the files are taken away, they (Shah and the BJP) can be at peace and they can then sack Manohar Parrikar, who can no longer blackmail the top leadership now,” Deshprabhu alleged at a press conference organised at the opposition party’s state headquarters.

He said a leaked audio tape, purportedly containing a journalist’s conversation with Health Minister Vishwajit Rane, had already confirmed that the former Defence Minister did keep files related to the Rafale deal in his bedroom.

The controversial tape, in which Rane is heard telling a yet-unnamed journalist that Parrikar during a recent cabinet meeting had said that Rafale files were stashed in his bedroom, had created a stir in Parliament in January.

Deshprabhu now alleges that Shah visited the state to collect the same clutch of files and had an unscheduled 45 minutes with Parrikar at the latter’s private residence, before eventually addressing a party booth workers’ meeting near Panaji.

He also alleged that some of the documents which were leaked to the media over the last few days came from the former Defence Minister’s residence.

“It is possible that a few documents have slipped from there. Because N. Ram (of The Hindu) is quoting documents. Documents are also being sourced from other places. Where are they coming from? Amit Shah’s job was to clear files from Parrikar’s bedroom so that their scam is not exposed,” he added.