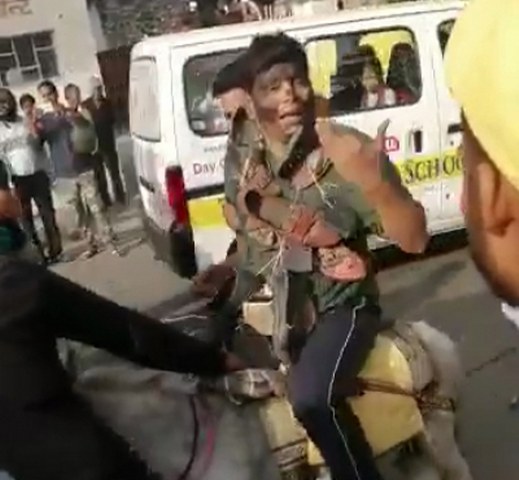 Jaipur: Seven Bahujan Samaj Party workers were arrested on Wednesday in Jaipur for parading two party functionaries on donkeys after blackening their faces on Tuesday morning at the BSP headquarters.

Those arrested were identified from the video footage of the incident, said Jaipur DCP West Kavendra SIngh Sagar.

Speaking to IANS, he said, “the action was taken on a complaint lodged by BSP president Samradh Singh at 11 p.m. on Tuesday night. Now, all seven accused shall be presented in court on Thursday which will take final action against them.”

“Also, we are investigating further in the matter. Many other people are also seen in the video and hence there are chances of more arrests, but as of now we are questioning these seven accused to know the involvement of other people in the matter,” he added.

Ramji Gautam, national coordinator of the BSP and state in-charge Seetaram Meghram were paraded on donkeys wearing a garland of shoes and slippers with their faces blackened for allegedly selling party tickets during elections.