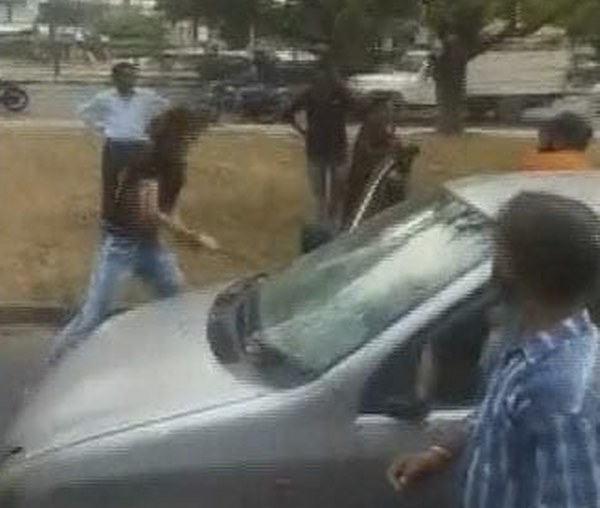 Chandigarh:  A 25-year-old woman driver who attacked a man with an iron rod in a road rage incident here has been arrested, police said on Wednesday.

The incident on Tuesday led to traffic snarls and her crime video went viral on social media.

#WATCH Chandigarh: A girl attacks a man with a rod near Tribune Chowk after their cars rammed into each other. She was later arrested & produced before a court after a case was registered against her under multiple sections of the IPC. (Note: Abusive language) (25.06.2019) pic.twitter.com/x0lJBDImf7

Sheetal Sharma, a resident of Mohali, was driving a Maruti SX4 and was reportedly reversing her car in a rash and negligent manner while Nitish was coming in a car from behind her.

Both of them had an altercation following which Sharma parked her car in the middle of the road, pulled out a rod out of the vehicle and allegedly attacked Nitish.

A case under relevant sections of the Indian Penal Code has been registered against her, police said.