Lucknow: Uttar Pradesh Chief Minister Yogi Adityanath on Friday created a new controversy when he reportedly sought a contribution of Rs 11 and a stone from each family for construction of grand Ram temple in Ayodhya.

This is the first time that a BJP leader of a Chief Minister’s stature has asked people to contribute for the construction of temple.

The Chief Minister said this during an election rally in Jharkhand that he was addressing for BJP candidate Nagendra Mahto.

Adityanath, who was addressing the rally in Bagodar, said the 500-year-old dispute could be resolved through the efforts made by Prime Minister Narendra Modi.

“Congress, RJD, CPI-ML and some other parties did not want solution of the prolonged dispute,” he said.

“Very soon, a grand Ram temple will be built in Ayodhya. Every family should contribute Rs 11 and a stone for the Ram temple.”

Appealing to people to vote in favour of BJP candidates in Jharkhand elections, the Chief Minister said, “I come from the state which gave Lord Ram and his system of governance was called Ram Rajya, a system where polices are made keeping in mind the villages, poor, youth, women and every section of the society without creating any differences. The same work is being done by the Prime Minister Narendra Modi.”

Yogi Adityanath also mounted a scathing attack on Congress on the citizenship law.

He said at a time when Prime Minister Narendra Modi and Home Minister Amit Shah were trying to give citizenship to the minorities such as Hindus, Sikhs, Buddhists, Christians and Parsis, who were tortured and forced to leave Pakistan, Bangladesh and Afghanistan and leading a lives of refugees, parties like Congress, RJD, CPI-ML were protesting against it.

“Congress speaks the language of Pakistan,” he said.

The Chief Minister also attacked the alliance of three parties — Congress, Jharkhand Mukti Morcha (JMM) and Rashtriya Janata Dal (RJD) — and said that they wanted power anyhow without serving poor, youth, women and other people of the society.

“When a Maoist activity takes place, it causes damage. Ironically, the policies of Congress, RJD, JMM and CPI-ML have been encouraging destructive plans of extremists,” Adityanath said.

In other rallies at Bengabad and Madhupur, Adityanath said revocation of the special status bestowed upon Jammu & Kashmir under Article 370 had strengthened the path of “ek Bharat Shreshtha Bharat” (One India, Great India) mission.

He said, “Dr B.R. Ambedkar had warned the then Congress government that Article 370 would give birth to terrorism and his words came true later. The Article caused much damage to Jammu and Kashmir. Abrogation of the Article will put the state on the path of progress.” 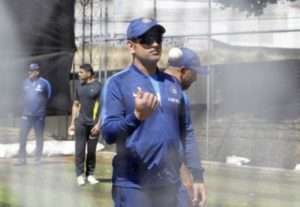