Governor Ram Naik approved the name of Usmani for heading the Uttar Pradesh State Minorities Commission after it was recommended by Chief Minister Yogi Adityanath.

Sixty-two-year-old Usmani has been thrice the national president of the minority wing of the BJP and thrice member of its national executive. He comes from Kanpur and at present is a member of the executive council of the Aligarh Muslim University (AMU).

Sofia Ahmed, a triple talaq victim, joined the BJP around a year back. She is also one of the petitioners challenging the instant divorce practice in the Supreme Court. 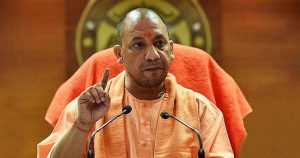