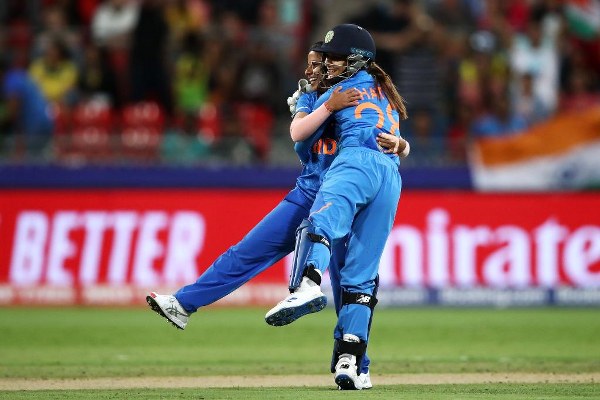 Melbourne: India became the first team to sail through to the semi-finals of the Women’s T20 World Cup on Thursday as they beat New Zealand by three runs to register their third consecutive win. Chasing India’s total of 133/8, the Kiwis ended on 130/6 at the Junction Oval in Melbourne.

Match nine was by far the toughest outing for the Indian eves as strike bowler Poonam Yadav was taken to the cleaners by Amelia Kerr in the death overs. But the Indians players kept their cool and even affected a run out of the last ball.

2️⃣ Player of the Match awards in 2️⃣ games for Shafali Verma!

Only one other teenager – West Indies' Stafanie Taylor – has ever picked up more than one POTM award at the Women's #T20WorldCup#INDvNZ pic.twitter.com/WmNn3mJIZi

Earlier, winning the toss, New Zealand sent India in and the Indian girls started well as they were comfortably placed at 75/2 at the end of the first ten overs. While Smriti Mandhana failed to do much and was sent back to the dugout for 11, Shafali Varma continued her swashbuckling run and along with Taniya Bhatia put up 51-run partnership.

The day once again belonged to 16-year-old Shafali as she hit a 34-ball 46, with two 4s and three 6s. Skipper Harmanpreet Kaur failed again as she managed just 1. It was Radha Yadav (14 off 9) and Shikha Pandey (10 off 14) who ensured that the Indian bowlers had something to defend.

Not a bad first game of the #T20WorldCup for Radha Yadav 👏#INDvNZ pic.twitter.com/O5o0Wl8dHI

The Kiwi batsmen failed to start well and with captain Sophie Devine (14) also failing to keep her rich vein of form going, it was all about keeping it tight for the Indian spinners. With New Zealand requiring 11 runs off the last 4 balls, it looked like a Super Over was in the offing, but the Kiwis fell short by three in the end even though Kerr played a brilliant knock (34* off 19 balls).

A message from Harmanpreet Kaur to the India fans ❤️#T20WorldCup | #INDvNZ pic.twitter.com/zAnRgVTYgn

With Deepti, Shikha, Rajeshwari, Poonam and Radha adding one wicket each to their tally, the Indian eves sealed their spot in the semi-finals with Shafali declared Player of the Match. 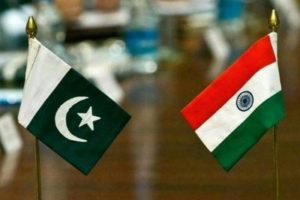