Woman and her boyfriend in police net

Greater Noida | Taking inspiration from crime shows, a woman along with her boyfriend allegedly killed a girl and disfigured her face in a bid to hide her identity in Greater Noida.

The accused girl, Payal, also wrote a note and made a plot to fake her own death so that she can avenge the deaths of her parents who had committed suicide.

The accused and her boyfriend have been arrested by the police, who have also recovered a country-made pistol and some bullets from them.

The police said that Payal had four people on her hit list, as she held them responsible for her parents taking the extreme step.

To avenge the deaths of her parents, Payal faked her own death and to deceive the world, killed the girl, disfigured her face and put her own clothes on her. She then eloped with her boyfriend after writing a suicide note.

Payal hatched the plot after watching the serial ‘Qubool Hai’ and many other crime shows on TV.

Additional Commissioner of Police, Central Zone, Saad Miyan, said that a girl named Hema Chaudhary (22), who worked at a mall, had gone missing on November 12 from near the Gaur City Mall. When the police checked Hema’s call details, her last location was shown as Payal and her boyfriend Ajay Thakur’s village.

Payal had included Ajay, a father of two children, in her plan. She told Ajay that four people who were responsible for the suicide of her parents have not been jailed, and she wanted to take revenge by killing them.

But before, that she will have to hide her identity for which she killed Hema with the help of Ajay and burnt her face with acid after putting her own clothes on Hema.

Payal had reportedly married Ajay seven days after killing of the incident.

During the marriage of Payal’s brother, her cousin Sunil had lent Rs 5 lakh to Payal’s parents. Payal’s parents committed suicide after not being able to return the money. Payal held Sunil, her sister-in-law Swati and her two brothers, Koshinder and Golu, responsible for the death of her parents. 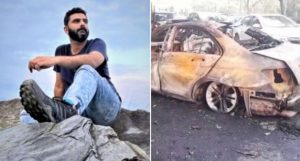 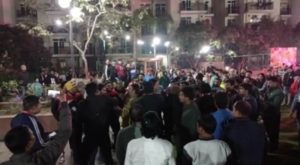 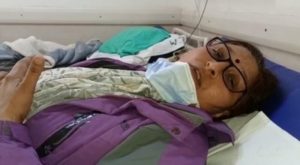