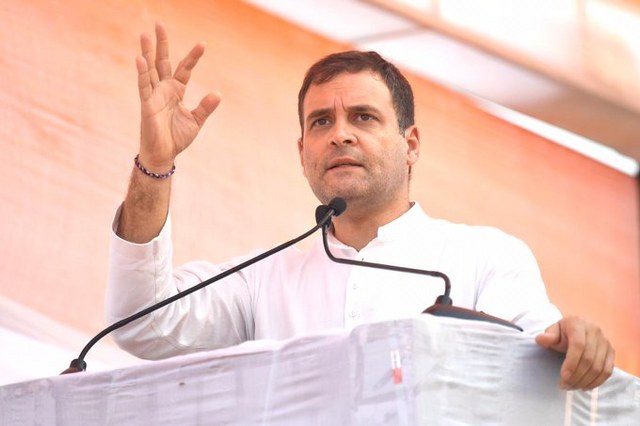 “Modi ji keeps making false claims. So does Khattar ji. They do Mann Ki baat. I thought I will do Kaam Ki Baat. And whatever I say today from this stage, it would be done, go and ask Congress-ruled states in Rajasthan and Madhya Pradesh,” Gandhi said in his first public meeting in poll-bound Haryana on Monday.

Speaking in Muslim-dominated Marora in Nuh district, he said the BJP was making false promises.

“We will fight corruption, two crore youths will get jobs, farmers will get remunerative prices,” Rahul said.

He asked the saffron party why Maruti shut its factory and why Tata closed its units here.

Asking the public to take a cue from the Congress-ruled states, Gandhi said, “Whatever we say, we do it.”

“I am not here to make false promises. This is Kaam Ki Baat. The Congress party is everyone’s party and we believe in uniting people.”

“And the BJP is doing what the British India was doing – divide,” Gandhi said.

For people of Mewat, one of the most backward regions in Haryana, he promised construction of a Mewat canal, a university, Railways and jobs.

“These are four main issues you have, the list is with me. I give you my word, if we come to power, these will be done. I don’t make false promises.”

Nuh is the district headquarters in the Mewat area and falls under the Gurgaon parliamentary constituency.

With the promise of loan waiver to farmers and job reservations to women, the Congress in its manifesto promised 33 per cent job quota for women in the government sector, cash incentives to educated jobless youth apart from farm loan waiver within 24 hours of coming to power.

Besides this, the party promised to bring in a strong legislation to check the menace of mob lynchings, to drastically cut electricity bills and to counter pollution caused by stubble burning by providing machines to remove it from the roots.

BJP-ruled Haryana will go to the polls for 90-member assembly on October 21. 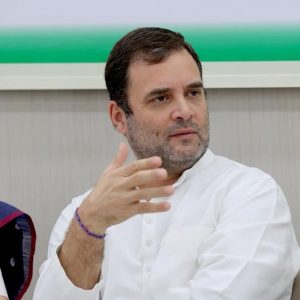