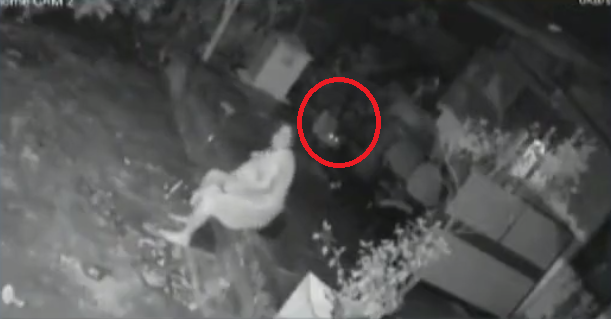 Mumbai | A senior citizen who was pounded upon by a leopard outside her home, managed to ward off the big cat with her walking stick, officials said here on Thursday.

The 65-year-old woman, identified as Nirmala R. Singh, supported by her walking stick, stepped out of her home in Aarey Colony, around 7.45 p.m. on Wednesday, and sat on the porch of her open verandah, at Visava settlement.

Barely had she settled and caught her breath, the leopard – crouching a couple of metres behind her – lunged at her with full force, and as she tried to stand up, he knocked her down.

As she fell on her back on the floor, the leopard continued to claw at her and attempted another attack, but luckily Singh managed to grab her walking stick, waved, jabbed and swiped it at the hungry and angry cat.

Hearing her screams for help and seeing her relatives running out, the confused leopard turned and beat a hasty retreat into the Aarey forests, and Singh was safe.

#ViralVideo || #Leopard Attacks Woman in #Mumbai: Defends Herself from the Predator pic.twitter.com/lypD01EzCJ

Though the encounter was over in barely a few seconds, Singh suffered a few claw injuries on her face, shoulder, back, neck, elbow and legs and was taken to a nearby hospital for treatment.

The CCTV footage showed that the leopard had arrived a few minutes earlier, apparently hunting for food and then stealthily lay in wait for a potential prey, its glowing pair of eyes captured in the camera.

This is the fifth such incident in the past few weeks reported from the Visava vicinity and on Tuesday, a leopard cub was rescued from a spot near the Mumbai Metro -3 carshed, but its mother is still elusive.

Police and forest department officials are concerned over the abrupt spurt in the leopard-man conflicts in Aarey Colony and are taking measures to ensure the big cats – estimated to be around five dozen – remain within the forest areas.

The video went viral on social media, the plucky lady was lauded for her quick thinking and hitting back at the spotted cat with her saviour walking stick. 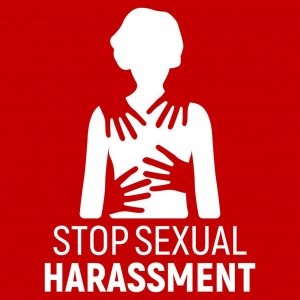 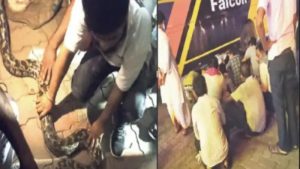 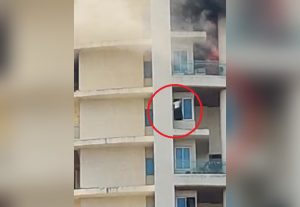