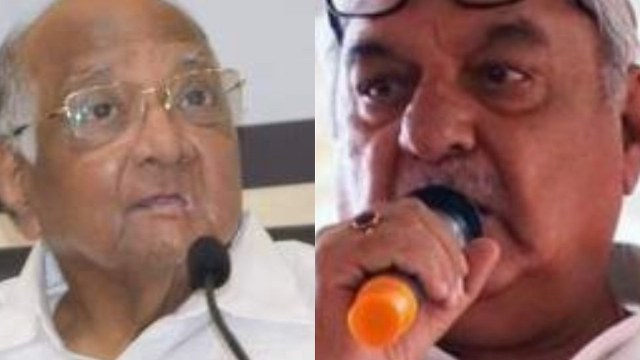 New Delhi: The perceived politics of vendetta unleashed by the BJP led central government by using enforcement agencies against opposition leaders, has failed to pass muster with the electorate with the big winners in the election results being Sharad Pawar, Ajit Pawar, Chhagan Bhujbal of the NCP in Maharashtra, Bhupinder Singh Hooda of the Congress in Haryana and Samajwadi Party’s Azam Khan in Uttar Pradesh.

If anything, the cases of corruption against the Opposition may have had the effect of evoking sympathy and consolidating the support base. Election results for Haryana and Maharashtra assembly pleasantly surprised the Opposition leaders who had the last laugh and would be feeling vindicated by the electoral victories.

They had been facing the wrath of enforcement agencies like the ED and the CBI and Opposition parties had been crying foul that they are being targeted unfairly for political reasons.

NCP Chief and Maharashtra political heavyweight Sharad Pawar said that the people did not like the arrogance and frenzy of power with slogans like “Ab ki baar 220 ke paar”. He said power comes and goes but there is a need to remain grounded.” Pawar’s confidant, Praful Patel also had many controversies of underworld links in the run up to the elections.

When Sharad Pawar was summoned by the ED in Mumbai before the elections, there was a huge mobilization which helped him score a strong political point. MNS chief, Raj Thackeray, who was aligned with the Opposition, was also called for a long round of questioning by the ED.

The biggest victory margin in Haryana was of Congress heavyweight Bhupinder Hooda, who has been facing multiple land related cases including the ones linked to Robert Vadra.

Kuldeep Bishnoi, son of former Haryana CM, Bhajan Lal also won the election. He recently had a hotel in Gurgaon that was attached by the enforcement authorities.

Azam Khan of the SP who was facing multiple enforcement actions from the central agencies and UP government had some relief as his wife, Tazeen Fatma won the Rampur assembly by election.