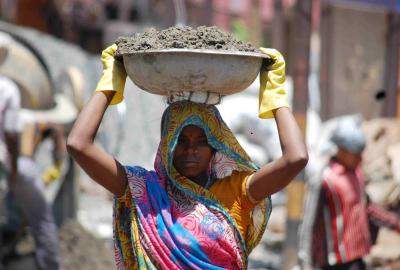 The programme, which aims to enhance livelihood security in rural areas, had been allocated a sum of Rs 55,000 crore for the financial year 2018-19. The revised estimates for the programme had shot up to Rs 61,000 crore however.

The sum allocated on Friday is the same as had been announced for the programme in the interim budget that had been tabled in Parliament earlier this year by stand-in Finance Minister Piyush Goyal.

Experts told IANS that the government is strengthening the programme in order to create more productive assets.

“Earlier, the sum allocated for the programme was generally used only for construction of roads. However, the government is now focusing on creating more productive assets like village ponds and water harvesting projects. Creation of these assets is expected to generate more employment opportunities,” agriculture expert P.K. Joshi said.

The increment in allocation for the programme, which is Rs 5,000 crore above the sum that had been allocated in the previous financial year, is considered meagre by many.

“Minimum wages have remained stagnant in several states while the rural economy is in distress. With no substantial hike in budget for this programme, crores of rural workers will remain unemployed. Inflationary pressures in rural areas will not be addressed,” Ashish Ranjan of the National Alliance for People’s Movement told IANS.

Notwithstanding the budgetary allocation for this programme each year, quality of works undertaken by the government with the allocated amount has always been a cause of concern.

“The rural development ministry has claimed that quality of assets undertaken through this programme have improved substantially. It is more important if works undertaken are of a longlasting nature. This programme is a demand-driven scheme and more funds should be provided in the revised estimate,” former Agriculture Secretary Siraj Hussain told IANS. 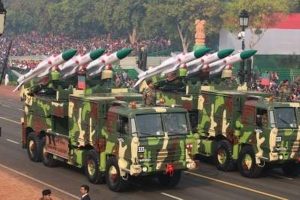 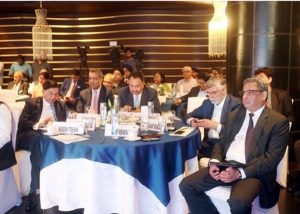 Business leaders watch the telecast of the presentation of Union Budget 2019 (Phtoto: IANS)