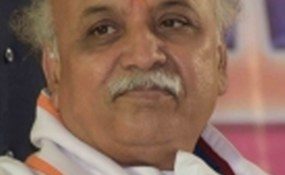 Guwahati : The Assam Police has asked former VHP leader and Antarrashtriya Hindu Parishad (AHP) chief Pravin Togadia not to go ahead with his organisation’s meetings in Guwahati scheduled from Tuesday.

Guwahati Commissioner of Police Hiren Nath issued an order to this effect on Tuesday.

Nath said the order was necessary as it is believed that Togadia’s “inflammatory” speeches can hurt the sentiments of religious minority community and create a deep sense of insecurity among them, which can disturb peace.

Prohibitory orders have already been imposed in and around Guwahati.

“… Pravinbhai Togadia, AHP president, is very likely to make inflammatory speeches if allowed to address the event to be held on 17th, 18th and 19th July 2018 at ITA Machkhowa or at other places of Guwahati … or allowed to address a press conference on 19th July 2018 at Guwahati Press Club, thereby disturbing the public peace and order in Guwahati and other areas of the commissionerate in a serious manner,” the order said.

Togadia was scheduled to visit the state from Tuesday till Friday and address a rally at Pragjyoti ITA Centre at Machkhowa in Guwahati on Thursday and a press conference at Guwahati Press Club on July 19.

The Police Commissioner further said that the prevailing situation in Assam arising out of the proposed final draft publication of the National Register of Citizens (NRC) is not conducive to allow Togadia to address a rally or a press conference in Guwahati and other areas of the city.

The order will remain in force in the territorial areas of Guwahati Police Commissionerate for two months starting Tuesday.

A majority of the Vishwa Hindu Parishad (VHP) and Bajrang Dal members in Assam resigned and joined the AHP after Togadia quit the organization about two months back. 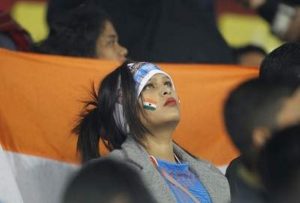 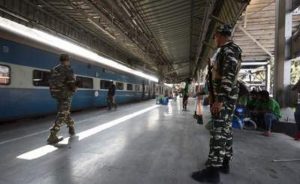