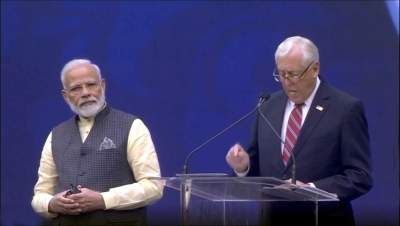 Houston: Prime Minister Narendra Modi, who was given a grand welcome at the NRG stadium for the ‘Howdy, Modi!’ event on Sunday, thanked Houston for the “amazing affection” showered on him.

“Thank you Houston for such amazing affection! #HowdyModi,” the PM tweeted.

He was earlier presented the key to Houston, the energy capital of the US, by Mayor Sylvester Turner.

He was also welcomed by members of the US Congress.

The PMO’s Twitter handle also posted a video of Modi arriving at the dais before an estimated 50,000 strong crowd of Indian-Americans at the NRG stadium for the ‘Howdy, Modi!’ event in a rare gesture that signifies the close bond between India and the US.

The event being held at the NRG Football Stadium, one of the largest in the US, has been organised by the Texas India Forum (TIF), a non-profit organisation.

Modi is in Houston on the second of his seven-day visit to the US. 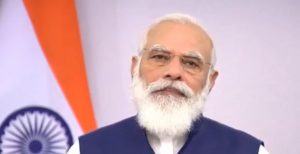