New Delhi: The Delhi High Court on Wednesday turned down a petition which sought court’s direction to the Director General of Military Intelligence (DGMI) to withdraw its policy which had ordered the Indian Army officers to delete their accounts from social networking platforms like Facebook and Instagram. A division bench of the High Court presided […] 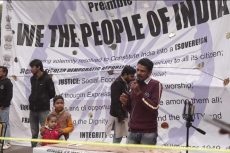 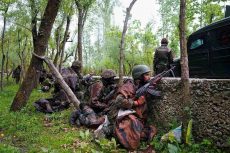 Srinagar: One terrorist was killed after the Army foiled an infiltration attempt at the Line of Control (LoC) in the Keran sector in north Kashmir’s Kupwara district on Thursday. The Army said that suspicious movement of unidentified persons was detected on Thursday morning in the Keran sector. They were intercepted by the Army and in […]

New Delhi: The Indian Army has asked all its personnel and soldiers to remove 89 apps by July 15 owing to the national security risks. The list not only have Chinese apps that have already been banned by the government like TikTok but also carries US-based platforms like Facebook, Instagram, Snapchat, Zoom, Truecaller, Reddit and more. […]

Ahmednagar (Maharashtra): The Ahmednagar Police in cooperation with Jammu and Kashmir Military Intelligence unit on Saturday arrested a former Army official who had been declared a ‘deserter’ and consequently sacked, an official said.Though he was not working anywhere, he moved around in a car wearing an Army uniform. He was on the run for the last […]

New Delhi: The Indian Army on Thursday said that there are no soldiers “missing in action” following a violent clash with troops of the Chinese People’s Liberation Army at Galwan Valley in eastern Ladakh. There were reports that 10 Indian soldiers were missing from Monday night onwards after the clash in which 20 Indian soldiers […]

New Delhi: Congress leader Rahul Gandhi on Wednesday took a jibe at Union Defence Minister Rajnath Singh for taking two days to condole the death of 20 Indian soldiers, including an officer, in Ladakh’s Galwan valley. “If it was so painful, why insult Indian Army by not naming China in your tweet? Why take two […] 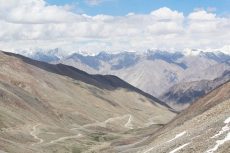 New Delhi: Around 120 Indian soldiers, almost an entire company, was trapped and encircled by the Chinese People’s Liberation Army (PLA) and followed by savage and deceptive attacks, many to a point of mutilation, on Monday night, sources said. Pointing firearms on their faces, the Chinese PLA brutally tortured some Indian soldiers to death, sources […]

New Delhi: After two Pakistan High Commission officials who were caught spying on Sunday, an operation by Military Intelligence (MI) found that the men would visit Indian defence personnel posing as clerks of the Indian Army to gather information about troop deployment on the border. Following their detention, both Abid Hussain Abid and Mohammad Tahir […]

New Delhi: The Indian Army rushed five columns to West Bengal on Saturday to help the state in carrying out relief and rescue operations after cyclone Amphan wreaked havoc in the eastern state, a senior officer said. In a statement, the Army said: “Based on the West Bengal government’s request, the Army has provided five […]