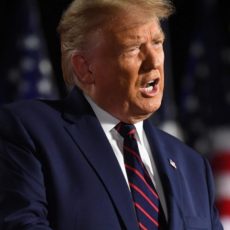 Washington | Former US President Donald Trump is back with another Hindi slogan: “Bharat and America Sabse Achhe Dost (India and US are best friends)”. Trump recorded this new catchphrase at his Mar-a-Lago residence recently for Shalabh Kumar, a Chicago-based businessman, Republican donor and strategist, who was also behind Trump’s first Hindi slogan in 2016: […]

New York: The Capitol area of Washington hunkering down under a pall of fear was put in a lockdown on Monday when a fire broke out in a camp of homeless people near the site of Wednesday’s inauguration of Joe Biden as president and Kamala Harris as vice president. A rehearsal for the inauguration — the […] 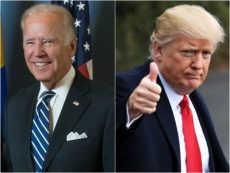 Washington: US President Donald Trump, who faces uncertainty as calls for his removal gain ground ahead of his term ending on January 20 in the wake of the violence at the Capitol on Wednesday, announced on Friday that he will not attend his successor Joe Biden’s swearing-in ceremony. “To all of those who have asked, I […] 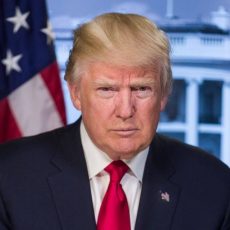 Washington: Facebook, which had removed a video in which US President Donald Trump urged his supporters, who forced their way into the Capitol, “to go home” but repeated his allegations of fraud in the presidential elections, and blocked his account, announced on Thursday that the restrictions will continue till the end of his term on January […]

Washington: For the first time since the November 2020 election, US President Donald Trump on Thursday conceded against President-elect Joe Biden, saying that there would be an “orderly transition of power” on January 20, shortly after Congress affirmed the Democrat’s Electoral College victory. “Even though I totally disagree with the outcome of the election, and the […]

Washington: For the first time since the November 2020 presidential election, US President Donald Trump on Thursday confirmed that he will leave office on January 20, promising an orderly transition of power, while conceding defeat against President-elect Joe Biden. In a statement, Trump said: “Even though I totally disagree with the outcome of the election, and […] 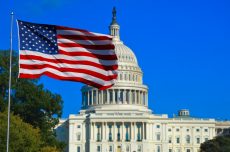 New York: One person has been shot at the US Capitol as President Donald Trump’s die hard supporters clashed violently with local police and law enforcement officers on Wednesday, sending the US Capitol campus into utter chaos and forcing evacuation of lawmakers from the building. Virginia and Maryland governors have now confirmed that they are both […] 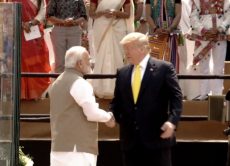 New Delhi/Washington: US President Donald Trump has presented America’s highest military decoration, The Legion of Merit, to Prime Minister Narendra Modi for his leadership and vision under which India’s emergence as a global power has accelerated and for elevating strategic partnership of the two countries. Official sources said, The Legion of Merit, Degree Chief Commander, bestowed […]

New Delhi: Former Indian cricketer Virender Sehwag was once again at his witty best as he reacted to the US election results in which Democrat presidential candidate Joe Biden defeated incumbent president Donald Trump. “Apne waale same hi hain. Will miss Chacha ki Comedy,” Sehwag said in a tweet along with a picture of Trump. Apne […]

New York: The moment has met Joseph R. Biden. The networks have called the US election for Biden. After four full days of waiting patiently for the slow march of vote counting to work itself out, Democratic vice presidential candidate Joseph R Biden, 77, pulled off one of the great political turnarounds in America by defeating […]