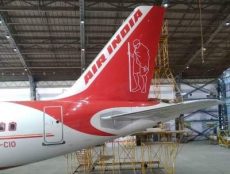 New Delhi | Aviation regulator DGCA imposed a financial penalty of Rs 10 lakh on Air India for not reporting the incidents which occurred on AI-142 Paris-New Delhi flight on December 6, 2022. Two incidents had occurred in the Air India flight. While one passenger who was caught smoking in the lavatory, was drunk and not […] 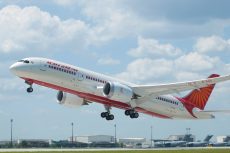 New Delhi | Aviation regulator DGCA has imposed a fine of Rs 30 lakh on Air India and suspended the License of pilot-in-command for three months in connection with the Air India urination case. Moreover, the regulator has also imposed a penalty of Rs 3 lakh on Director-in-flight services of Air India for failing to discharge […]

New Delhi | After Shankar Mishra, the accused in the Air India urination case, claimed that the complainant had soiled her own seat, the latter on Saturday rubbished the allegation saying that it was “completely false and concocted”. “The said allegation is also in complete contradiction and a complete volte-face of the statements and the pleaded […]

New Delhi | A Delhi court on Wednesday denied bail to Shankar Mishra, who is accused of urinating on an elderly female co-passenger, while in a drunken state, on a New York-New Delhi flight in November last year. Metropolitan Magistrate, Patiala House courts, Komal Garg, who had reserved the verdict earlier, rejected the plea, saying that […] 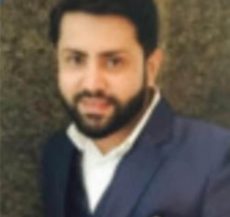 New Delhi | A man, accused of urinating on an elderly woman co-passenger onboard an Air India flight from New York to Delhi, has been arrested from Bengaluru by Delhi Police. “Shankar Mishra has been brought to Delhi for further investigation in the case. He was arrested after multiple raids. On January 3, he had switched […]

New Delhi | Shankar Mishra, the man accused of urinating on an elderly female co-passenger onboard a New York-New Delhi flight in November last year, has been sacked by his employer Wells Fargo, an American multinational financial services company with corporate headquarters in San Francisco. Mishra worked as the Vice President of the India chapter of […]

New Delhi | Delhi Police on Thursday said that the accused, who urinated on his female co-passenger on an Air India flight, will be nabbed soon and teams have traced him. “The accused is a resident of Mumbai and the investigators have found that his possible location is in some other state. He will be arrested […] 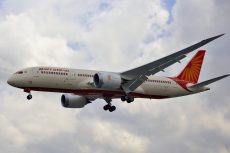 New Delhi | Airline major Air India’s will operate more flights to Romania and Hungary to bring back stranded Indians, heading to these countries from war-torn Ukraine. The airline operated a direct flight from New Delhi to Bucharest on early Sunday morning, while another one departed for the Romanian capital the afternoon. Besides, the airline will […]

New Delhi | As tensions between Russia and Ukraine remain high, the Tata Group-led Air India will run three direct flights to Kyiv to bring back stranded Indians from the East European country. Accordingly, Air India will operate three flights between Delhi and Kyiv on its Boeing 787 Dreamliner aircraft. The flights to the Boryspil International […]