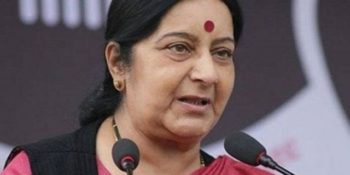 Union Ministers Harsimrat Kaur Badal and Hardeep Puri will represent India in Kartarpur corridor groundbreaking ceremony in Pakistan as External Affairs Minister Sushma Swaraj has declined the invitation extended to her by her counterpart.

Sushma in her reply to an invitation from Pakistan’s Foreign Minister Mahmood Qureshi on Saturday said since she was unable to travel to Katarpur Sahib on the scheduled date, Government of India will be represented by her colleagues Mrs.Harsimrat Kaur Badal and Mr.H.S.Puri.

I thank HE Makhdoom Shah Mahmood Qureshi Foreign Minister of Pakistan for inviting me to attend the groundbreaking ceremony of the Kartarpur Sahib corridor on the Pakistan side of the International boundary on 28 November 2018. /1

Qureshi took to Twitter late on Saturday to extend an invitation to three politicians – Sushma Swaraj, Punjab CM Captain Amarinder Singh and state minister Navjot Singh Sidhu to join the Kartarpur corridor ceremony on the Pakistan side of the international border on November 28.

Since I am unable to travel to Kartarpur Sahib on the scheduled date, Government of India will be represented by my esteemed colleagues Mrs.Harsimrat Kaur Badal and Mr.H.S.Puri. /2

We hope that the Government of Pakistan will expedite construction of the corridor in order to ensure that our citizens can pay their respects at the Gurudwara Kartarpur Sahib using the corridor as soon as possible. /3

On Thursday, both India and Pakistan had announced separately that they will make corridors on their sides of the border to enable the pilgrims to visit Kartarpur Gurudwara. 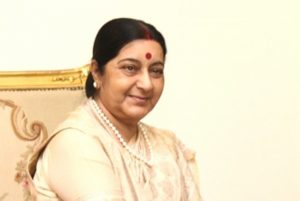