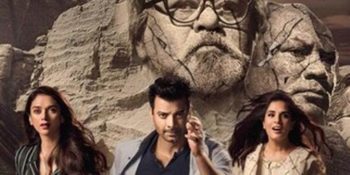 The violence in the political dynamics of Sudhir Mishra’s latest work is so organised, it feels like an integral part of the life that the director brings to us in this uneasy restless yet intriguing and mystifying take on Saratchandra’s Devdas.

In an early scene Dev (played with implosive integrity by Rahul Bhat) handcuffs himself to a window and asks Chandni (that’s Chadramukhi, here played as high-class politician’s escort) to not let him loose, no matter how much he requests her to. It’s trick all addicts of drugs and alcohol play on their loved ones.

At this juncture Dev wants to kick the bottle. Later he just gives up. There are bigger battles than the bottle to be fought.

Sudhir Mishra’s habitual belligerence as a storyteller of unplumbed aggression is in full bloom in Daas Dev. The Saratchandra love triangle is played out in the hotbed of pre-Adityanath politics in Uttar Pradesh where deception, floor-crossing and murder are already a way of life.

Every character is hiding something. In that sense Daas Dev is more Shakespeare than Saratchandra. The compromises that the characters make eventually overtake the narration, leaving the plot in a state of blustering helplessness. Indeed there is too much happening at any given time, so much so that it is hard to tell who is who, and why.

The trick of getting through Sudhir Mishra’s Shakespearean parable on politics is to ignore the complicated labyrinth and revel in the dangerous decisions the characters take in individual scenes, only to regret their impulsive behaviour.

Mishra’s screenplay co-written with Jaydeep Sarkar bristles with an unfinished bravado, none more misguided in his public zeal than Devdas himself. As played by Rahul Bhat Devdas is a child-man swigging from a bottle and swinging in a battle fought on his behalf by the two women in his life. Bhat plays Dev the politician with Rahul Gandhi’s flair for faux pas.

Richa Chadha plays the ruralized socially committed Paro with a relish that ought to have been more accessible. Paros’ sequences with Dev are dismaying denuded of seductive energy. These are two people in love too tired to do anything exciting with their mutual affection.

Aditi Rao’s Chandni is stunning as a modernday Chandramukhi. From the way she carries herself to the bitter end she represents all that’s beautiful in this tale of a fatally flawed hero on a political trail.

The supporting cast led by the redoubtable Sourabh Shukla gets a chance to be what characters in a political drama in Indian cinema can never hope to be. Vineet Mishra is excellent as Paro’s uninvited suitor. The film’s finest sequence of brutal violence belongs to Vineet when he pulls the trigger on a loved one. It’s the only time I gasped in shock.

Come to think of it every major character is keen to move on. Daas Dev is unable to explain where everyone’s going. Nonetheless Sudhir Mishra’s characters are engaging in their muddle, bewildering in their disaffection. 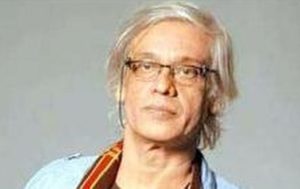