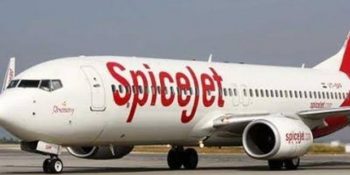 Kanpur : The aviation sector has seen a 20 per cent rise in May-June, Civil Aviation Minister Suresh Prabhu said on Tuesday after launching a daily flight between Uttar Pradesh’s Kanpur and the national capital under the air regional connectivity UDAN scheme.

The minister said soon a direct flight would commence from the state’s Gorakhpur to Nepal.

To promote regional flying, more than 50 cities across the country have been brought under the ambit of the aviation circuit, he said.

Speaking on the occasion, Uttar Pradesh Chief Minister Yogi Adityanath batted for more air circuits in the state, stressing that this would fast track development.

He also drew Prabhu’s attention on the probability of making a civil terminal at the Hindon/Jewar airport, saying this would help decongest the Indira Gandhi International Airport in New Delhi.

Adityanath added that linking of the industrial hub of Kanpur to cities like Surat, Ahmedabad, Bangalore, Mumbai, Chennai, Kolkata and Hyderabad would boost business in the city.

The Chief Minister also requested Ajay Singh, Chairman and Managing Director of budget passenger carrier SpiceJet, which started the air service on Tuesday, to add more flights from the state.

The first 78-seater flight took off after being flagged off by Adityanath, Prabhu and Kanpur Lok Sabha Member Murli Manohar Joshi.

The fare for the daily flight has been fixed at Rs 2,312 for a one side trip.

Ajay Singh said: “SpiceJet has been the most enthusiastic supporter of ‘UDAN’ since the very beginning. July also marks a landmark year of SpiceJet operating flights under ‘UDAN’.

“With the addition of Kanpur, SpiceJet will operate 15 daily flights under ‘UDAN’ and we see a huge potential in all these routes.” 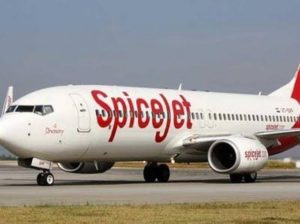