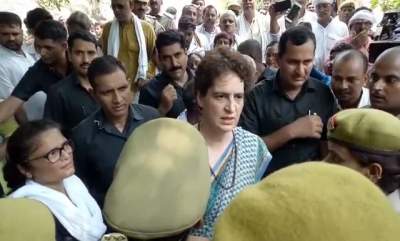 Mirzapur: The families of the Sonebhadra caste carnage victims in Uttar Pradesh were on Friday taken by surprise when they came to know that Congress General Secretary Priyanka Gandhi Vadra was detained in Mirzapur, while coming to their village. They decided to walk most of the 70 km distance to Chunar guest house to meet her.

According to the COngress leaders, the residents of the Ubbha village covered the distance, mostly on foot, to meet Priyanka Gandhi at the guest house, where she was detained since Friday.

Laliteshpati Tripathi, Congress MLA, told IANS, “The villagers became sad after they heard about Priyanka Gandhi’s detention. They decided to meet her at the guest house and left their village on Friday evening.”

They walked for over four hours and then took a tractor to reach the guest house on Saturday morning.

Interacting with reporters, a member of the victims’ families said, “We were shocked to know of Priyanka Gandhi’s detention. As she had travelled almost 1,000 km from Delhi to meet us, we decided to go to the Chunar guest house.”

Vikas Shakya, an advocate fighting against land grabbing in Sonebhadra, said, “The outsiders’ entry to the village was banned by the district administration.” On their way to the guest house, the members of victims’ families, mostly women and few children, kept on crying, he said.

They had an hour-long meeting with the Congress leader where Priyanka Gandhi consoled the women members of the victims’ families.

After meeting them, Priyanka Gandhi left for Delhi. Speaking to reporters, she said, “I am leaving because my purpose of meeting the victims’ families has been fulfilled. But I will return soon. I had come here on the instructions of brother Rahul Gandhi.”

As many as 10 people were killed and over two dozen others injured in a dispute over land between the Gonds and the Gujjars on Wednesday. 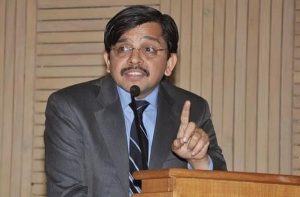 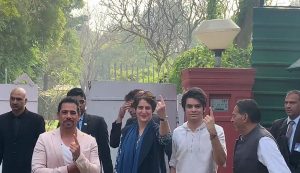