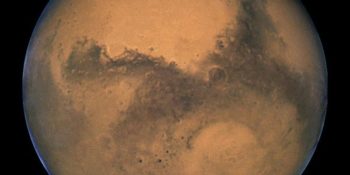 Washington:  Although it will be years before the first humans set foot on Mars, the US space agency has invited public to submit their names to fly abroad the next rover to Red Planet in 2020.

Souvenir boarding passes will display names submitted by the people which will also be on microchips aboard the Mars 2020 rover, NASA said in a statement on late Tuesday.

People who want to send their name to Mars on NASA’s next rover mission to the Red Planet (Mars 2020) can get a souvenir boarding pass and their names etched on microchips to be affixed to the rover.

The rover is scheduled to launch as early as July 2020, with the spacecraft expected to touch down on Mars in February 2021.

The 1,000-kg rover would search for signs of past microbial life, characterize the planet’s climate and geology, collect samples for future return to Earth, and pave the way for human exploration of the Red Planet.

“As we get ready to launch this historic Mars mission, we want everyone to share in this journey of exploration,” said Thomas Zurbuchen, Associate Administrator for NASA’s Science Mission Directorate (SMD) in Washington, DC.

“It’s an exciting time for NASA, as we embark on this voyage to answer profound questions about our neighbouring planet, and even the origins of life itself,” he added.

NASA’s Jet Propulsion Laboratory (JPL) in Pasadena, California would use an electron beam to stencil the submitted names onto a silicon chip.

The chip (or chips) will ride on the rover under a glass cover.

The last date to submit your name is September 30.