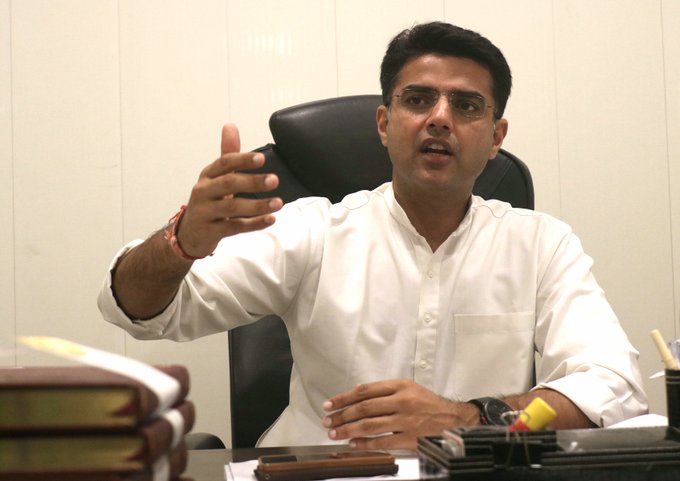 New Delhi: After the removal of Sachin Pilot as Rajasthan’s Deputy Chief Minister and state Congress chief, many party leaders sided with him, recalling his work to strengthen the party.

Pilot was sacked as Deputy Chief Minister and relieved from the post of state unit chief along with two other Rajasthan Cabinet ministers by the party on Tuesday afternoon. Former Union minister and senior Congress leader Jitin Prasada took to Twitter and wrote, “Sachin Pilot is not just a colleague but my friend. No one can take away the fact that all these years he has worked with dedication for the party. Sincerely hope the situation can still be salvaged. Sad it has come to this…”

Sachin Pilot is not just a collegues but my friend. No one can take away the fact that all these years he has worked with dedication for the party. Sincerely hope the situation can still be salvaged. Sad it has come to this…

Prasada and Pilot were ministers in the Congress-led UPA-2 government. Party spokesperson Jaiveer Shergill also tweeted, “Unfortunate and sad turn of events.” Meanwhile, former Assam Chief Minister Tarun Gogoi urged Pilot not to be emotional and be patient. “My advice to Sachin Pilot is to be patient, not to be emotional. Having bright future your turn will come. I also had similar hurdles but ultimately patience helped. Better not to run after power which will come automatically. Ashok Gehlot may also give due recognition to Pilot,” Gogoi said in a tweet.

Earlier in the day, in a direct fallout of the Congress’ political crisis over the leadership issue in Rajasthan, Pilot was divested of both the posts. Two other Pilot loyalists and ministers — Vishvendra Singh and Ramesh Meena — were also removed from the council of ministers.

State Education Minister Govind Singh Dotasara was appointed the new Pradesh Congress Committee chief. Congress leaders had called two meetings on Monday and Tuesday and appealed to Pilot to attend these in order to pacify him. However, as he remained absent, disciplinary action was taken against him.