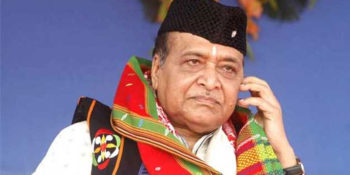 Guwahati :  Music maestro Bhupen Hazarika’s brother, Samar Hazarika, on Tuesday appealed to everyone not to create any controversy over Bharat Ratna to the legend.

A vernacular newspaper in Assam on Monday reported that the legend’s son has declined to accept the country’s highest civilian honour to his father due to the ongoing situation in Assam regarding the Citizenship (Amendment) Bill.

“We have observed that there is a controversy in the media over the issue of Bharat Ratna to Late Bhupen Hazarika. We would like to point out that the statement sent by Bhupenda’s son Tej Hazarika to the media does not have any mention of declining the honour. So any controversy in this regard is unwanted,” said Samar Hazarika, who is also an acclaimed artiste of Assam.

Tej Hazarika, in his statement to media on Monday, expressed his unhappiness over the recent events in Assam, particularly the Central government’s move to push the Citizenship Bill, but said there is no question of declining as he is yet to receive an invitation to receive the honour.

“The decision to confer Bharat Ratna upon Bhupen Hazarika has elated our family. He has successfully taken the culture of Assam to the world-stage. The government of India has honoured him with Padma Shri, Padma Bhushan, Padma Vibhushan and with awards such as Dada Saheb Phalke. He was also awarded with Sangeet Natak Academy Award,” said Samar Hazarika.

“Bhupen da deserves the honour. We all, including Bhupen Hazarika, would have been happier if the honour was conferred upon him when he was alive. Tej had not consulted us on this, but I think Tej should accept the honour,” said Bhupen Hazarika’s sister and prominent artiste Sudakshina Sarma on Tuesday. 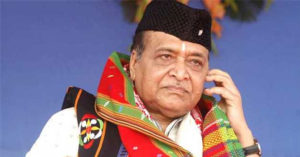 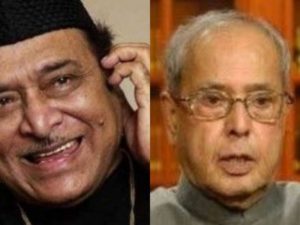