Srinagar: In his first tweet after he was released former Chief Minister Omar Abdullah said it is a different world than what it existed on August 5, 2019 when Article 370 was revoked.

“232 days after my detention today I finally left Hari Niwas. It’s a very different world today to the one that existed on 5th August 2019.” He tweeted.

Posting pictures with his father farooq Abdullah amd mother Mollie Abdullah he tweeted: “Had lunch with Mum and Dad for the first time in almost 8 months. I can’t remember a better meal even though I’hve been a bit of a daze and don’t remember what I ate,”

232 days after my detention today I finally left Hari Niwas. It’s a very different world today to the one that existed on 5th August 2019. pic.twitter.com/Y44MNwDlNz

Emerging from his detention after more than seven months former Chief Minister briefly spoke to the waiting journalists.

He said he had thought that he would speak a lot about the conditions that led to his detention on August 5 and the problems that people of Kashmir and the students faced all this while, “but I know that the people are fighting a great battle between life and death, we have assembled against the government directions, we were told to keep social distancing.

Had lunch with my mum & dad for the first time in almost 8 months. I can’t remember a better meal even though I’ve been in a bit of a daze & don’t remember what I ate ☺️ pic.twitter.com/W4duuhCVjI

“I will speak freely about what happened on August 5 and what has to be done. But, first we have to save ourselves against coronavirus and simultaneously all those who have been detained in J&K and other parts of the country must be released,” he said.

“I appeal the government to end the communication gag,” he said. “In these hard conditions Mehbooba Mufti and all other political and non-political leaders should be released.”

He appealed the Centre to restore high speed Internet in the wake of the coronavirus threat.

“I appeal the government to restore the high speed Internet and am requesting the people to maintain social distancing,” he said. 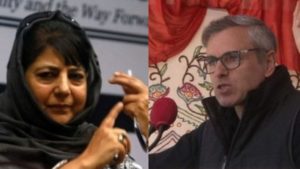 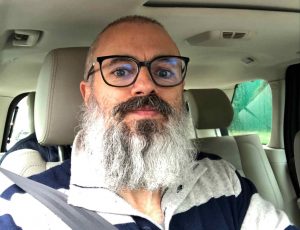