Jammu/Srinagar, Jan 26 : Amid heightened security, the Republic Day celebrations on Friday passed off peacefully in Jammu and Kashmir’s winter and summer capitals.

The main flag hoisting function and ceremonial parade was held at the Maulana Azad stadium in Jammu city where state governor N.N. Vohra unfurled the national flag and took the salute at an impressive parade.

Cultural programmes by school children was a highlight of this year’s Republic Day celebrations both in Jammu city and different district headquarters of the state.

In Srinagar city, the main function was held at the Sher-e-Kashmir cricket stadium where Revenue and Parliamentary Affairs Minister Abdul Rehman Veeri hoisted the Tricolour and took the salute at the parade.

Extraordinary security arrangements had been made this year for the Republic Day celebrations amid intelligence inputs that a non-local female suicide militant had entered Srinagar.

Mobile phone services were suspended in the Valley as a precautionary measure, with the authorities saying they would be restored in the afternoon.

Reports of peaceful Republic Day celebrations have also come from different district headquarters of the Valley, Jammu and Ladakh regions.

Separatists had called for a shutdown across the Valley to attract international attention to the Kashmir dispute. 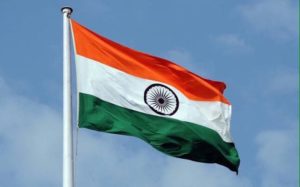