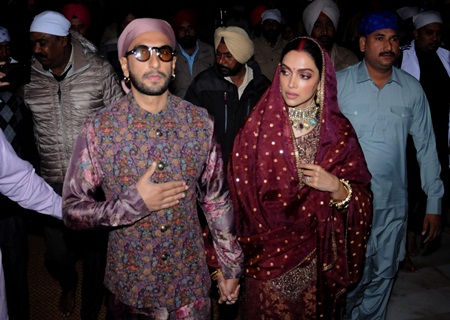 Amritsar: As they completed a year of marriage, star couple Ranveer Singh and Deepika Padukone visited the Golden Temple to seek blessings.

Ranveer took to Twitter on Friday to share a photograph of himself along with Deepika at the Golden Temple.

Deepika shared the same photograph and wrote: “As we celebrate our first wedding anniversary,we seek blessings at Harmandir Sahib. Thank You all for your love,prayers and good wishes! @ranveersingh.”

As we celebrate our first wedding anniversary,we seek blessings at Harmandir Sahib.Thank You all for your love,prayers and good wishes! @ranveersingh

The pair completed their one year of marital bliss on Thursday.

Deepika and Ranveer started celebrations of their first wedding anniversary on November 14 by visiting Tirumala Tirupati Temple in Chittoor, Andhra Pradesh, to seek the blessings of Lord Venkateswara.

As we celebrate our first wedding anniversary,we seek the blessings of Lord Venkateswara.Thank You all for your love,prayers and good wishes! @ranveersingh

Earlier on Wednesday, Deepika had shared a photo of her husband on Instagram story, where Ranveer is seen sitting with a mask on his face and his hair in a steamer, getting ready for their first anniversary.

The star couple had tied the knot on November 14 last year at Lake Como in Italy.

On the work front, Deepika will next be seen in Meghna Gulzar’s “Chhapaak”, a film based on the life of acid attack survivor Laxmi Agarwal, which is also produced by her.

She will also be seen sharing screen space with Ranveer, who stars as former Indian cricket captain Kapil Dev in Kabir Khan’s “’83”, which narrates the tale of India’s first World Cup victory in 1983. In the film, Deepika plays Kapil’s wife Romi. 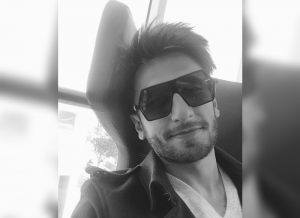 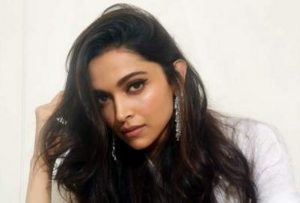 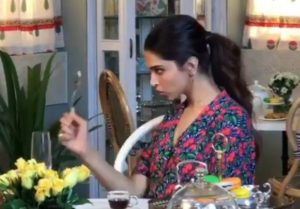